Turkey steps up efforts for US extradition of Syrian Kurdish leader 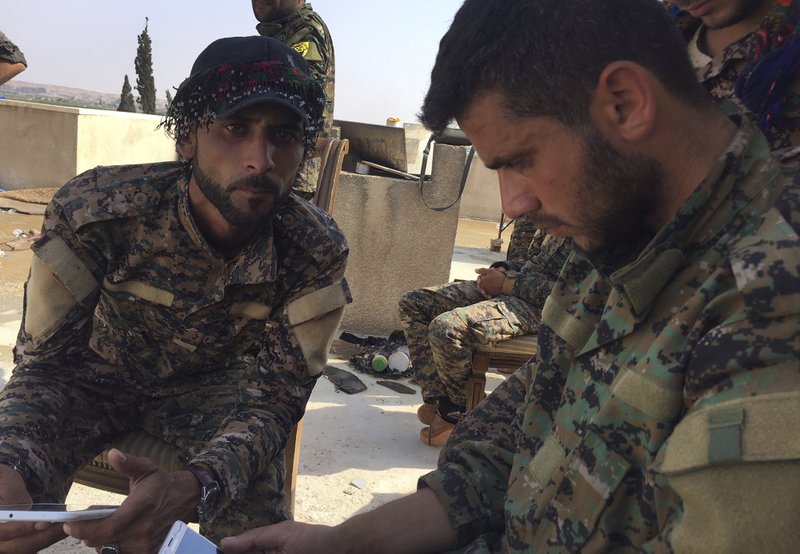 In this Saturday, July 22, 2017 photo, a Kurd fighter Ardal, right, and Arab fighter, Abdullah, left, who fight together with the U.S.-backed Syrian Democratic Forces (SDF), sit on their roof top position where they battle against the Islamic State militants, in Raqqa, northeast Syria. (Photo: AP)

ANKARA, Oct. 28 (Xinhua) -- Turkey stepped up its efforts to request the US extradition of a Syrian Kurdish leader, semi-official Anadolu Agency reported Monday.

A letter of extradition request for Ferhat Abdi Sahin, known as Mazloum Kobani, the leader of the Syrian Democratic Forces (SDF), has been sent to the Turkish Foreign Ministry to arrest him in case of his visit to the United States, according to the Turkish Justice Ministry.

The extradition request asks for a provisional arrest, the ministry said.

The Kurdish Protection Units (YPG) is a major part of the SDF, and Ankara sees the YPG as the Syrian offshoot of the outlawed Kurdistan Workers' Party (PKK).

Turkey rejects a planned visit of Kobani to the United States, as Ankara issued a red notice for him.

In Turkey's request, he is charged with "founding and masterminding an armed terrorist organization" and "disrupting the unity and territorial integrity of the state."

The extradition request was issued in line with a deal on "Extradition and Mutual Assistance in Criminal Matters" between the United States and Turkey.

Ankara had previously submitted a request to Washington to arrest the YPG leader.

US Senators Lindsey Graham and Chris Van Hollen have asked the US State Department to issue Kobani a visa so he could visit Washington.

US President Donald Trump also had previously said that he anticipated a meeting with the YPG leader.