ANKARA, Feb. 22 (Xinhua) -- Turkey has made it clear that it is determined to purchase and deploy Russia's advanced S-400 anti-ballistic missile systems, a move that could pose a new challenge to its ties with the United States, analysts said. 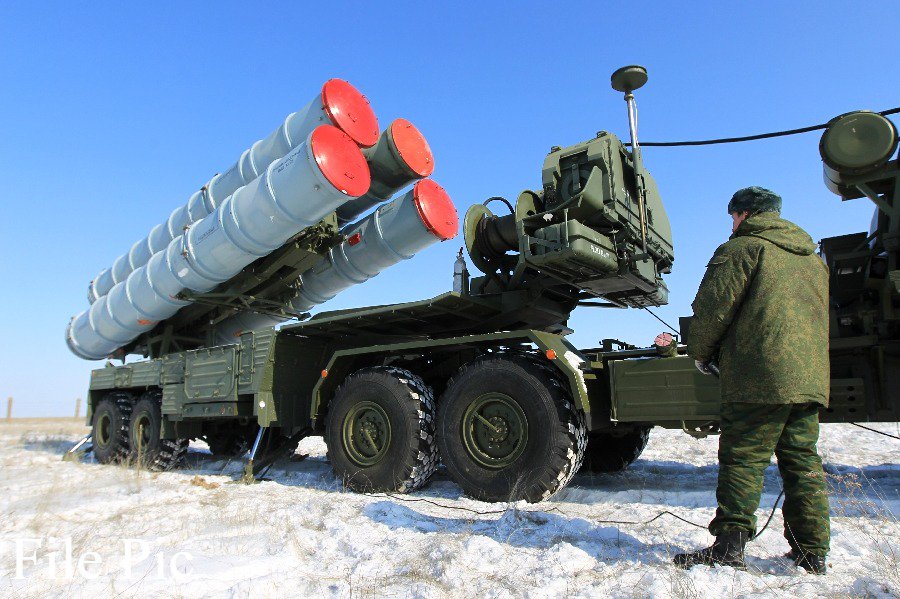 In recent days, Turkish President Recep Tayyip Erdogan publicly stated that his country would go ahead with the agreement with Russia to buy its defense system, and accused the United States of "coaxing Ankara into abandoning the S-400 deal."

According to Turkish sources close to the missile deal, US Vice President Mike Pence appealed Erdogan to renounce the deal with Russia in favor of the US surface-to-air Patriot missiles.

However, Serkan Demirtas, a political analyst, told Xinhua that talks between the two allies have been strained as the Patriots do not meet the Turkish needs.

Turkey's requirement for "the US offer was far from purchasing its system, which also includes joint production, technology transfer, price advantage and delivery period," he said.

Washington has repeatedly threatened to slap sanctions on Ankara under the Countering America's Adversaries Through Sanctions Act (CAATSA) if Turkey buys the S-400s.

The United States also warned that it would block the delivery of its F-35 stealth fighter jets to Turkey if the latter insisted on the procurement of the Russian air defense system.

The US warning came after Erdogan confirmed last week that his country "agreed to a deal with Russia on the S-400," saying "turning back from the deal is out of the question."

"This is a done deal," Erdogan was quoted by the news network CNNTurk as saying, adding that the deployment of the system will be advanced to July, a few months earlier than scheduled.

On Wednesday, Ismail Demir, head of Turkish Undersecretariat for Defense Industries, shared a specific timeline on the purchase of the Russian system in a televised interview.

NATO nations view Turkey's purchase of the Russian defense system with suspicion, as it is believed to be incompatible with the systems relied upon by the alliance.

Turkey's plan to buy the $2.5 billion S-400 batteries goes with its rapprochement with Russia in recent years, which is a source of concern for the NATO, particularly the United States.

As Turkey is caught between Russian and US missiles, some experts believe the political and economic reasons will eventually compel Ankara to choose its long-standing American ally and opt for Patriots.

"I think Turkey will not buy nor deploy the S-400 in the end. Turkey will decide not to go ahead with the deal, even perhaps at the last minute," Ozgur Eksi, editor-in-chief of the defense industry magazine C4 Defense, told Xinhua.

Negotiations were still underway with the Americans over the purchase of Patriot missiles despite setbacks and deadlines fixed by Washington, he said.

According to the Turkish expert, Turkey will possibly purchase tactical armament, such as helicopters, from Russia instead of the S-400 deal, which would not receive hostile reaction from NATO or the United States.

Notably, both Demirtas and Eksi agreed that if Turkey goes ahead until the end with its deal with Russia, it would have dire consequences for ties between Ankara and Washington, at a time when a normalization process is underway since Turkey's release of an American pastor last October.

"Turkey seems to have closed the Patriot subject with the Americans while accelerating the S-400 deployment process. This may lead to important consequences for defense ties between the two countries as well as political bonds," remarked Demirtas.

"Turkey's deployment of S-400s would activate a new set of sanctions against Turkey. Accompanied by a number of other problems stemming from Syria, the S-400s sale constitutes another major challenge for Turkish-American relations in 2019," he concluded.