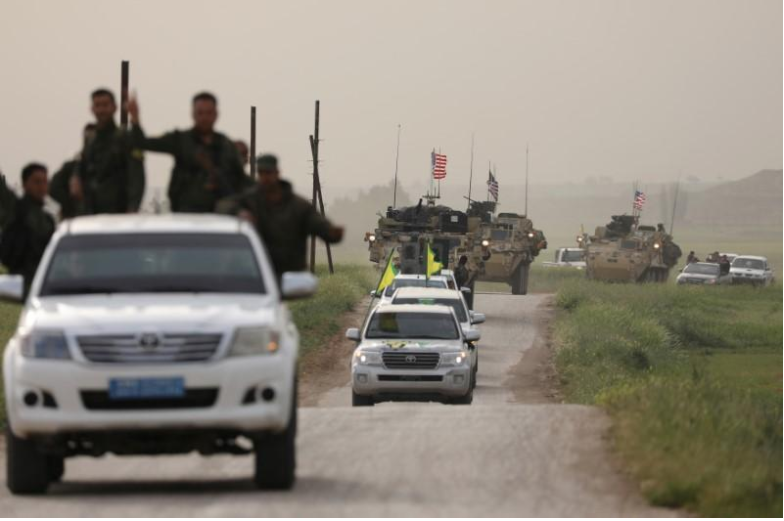 Kurdish fighters from the People's Protection Units (YPG) head a convoy of U.S military vehicles in the town of Darbasiya next to the Turkish border, Syria April 28, 2017. Photo: Reuters/Rodi Said

Turkey on Wednesday summoned a top US diplomat in Ankara to protest Washington’s support of a Kurdish militia in Syria, sources in the Turkish Foreign Ministry said, the latest in a long-standing disagreement between the NATO allies.

The Turkish Foreign Ministry summoned the US charge d‘affaires to voice its displeasure over Washington’s arming and training of the YPG Syrian Kurdish militia in Syria, the sources said.

In Washington, a State Department spokesman confirmed the meeting occurred but said “beyond that we aren’t going to read out any details of the conversation.”

Turkey and the United States have been at loggerheads over Washington’s policy of support for the YPG, which Ankara views as an extension of the Kurdistan Workers Party (PKK) that has waged an insurgency in Turkey’s largely Kurdish southeast for more than three decades.

The YPG is the main element in a force that Washington has assisted with training, weapons, air support and help from ground advisers in the battle against Islamic State.

Last month the YPG militia said it had fully captured Deir al-Zor’s eastern countryside from Islamic State with the help of both the US-led coalition and Russia.