ANKARA, Aug. 16 (Xinhua) -- Turkish Treasury and Finance Minister Berat Albayrak Thursday said that the country knew all its domestic challenges and will come out of the current market volatility stronger, reported local press. 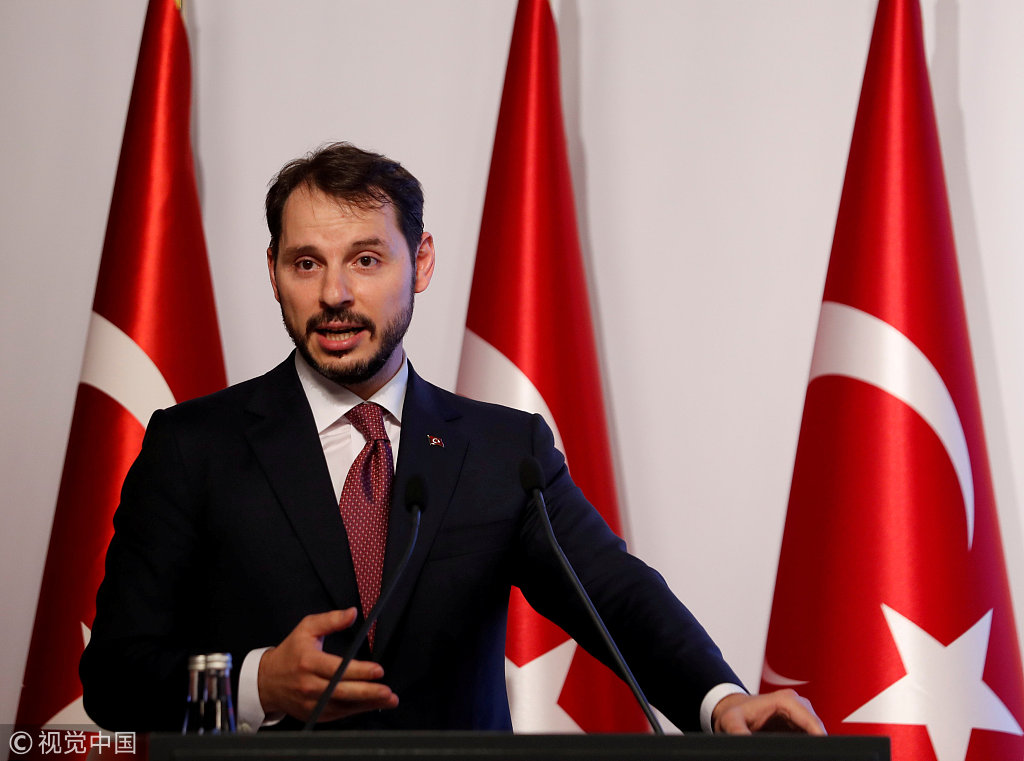 The minister tried to calm international investors and market makers by affirming, to around 4,000 investors in a conference call, that Ankara remains committed to the free market, said the report by Hurriyet Daily News.

"Capital controls will never be in our agenda," as the country's banks are healthy and strong, Albayrak insisted, saying that "Turkey will navigate through this period of American sanctions with other parties."

A lot of countries across the globe are facing the problem of US sanctions and the response to such sanctions should be a coordinated one, he emphasized.

The minister denied that Turkey is considering going to the International Monetary Fund to ask for an assistance over economic difficulties.

Albayrak stressed that Turkey will cut public spending, saying that all ministries have an ambitious program in this field and investment portfolios will be renewed.

The United States and Turkey are engaged in a bitter and complex diplomatic and trade dispute over Turkey's detention of US pastor Andrew Brunson.

US President Donald Trump doubled tariffs on Turkish metal exports to the United States last week. In response, Ankara raised tariffs on American good, such as cars, tobacco and alcohol.