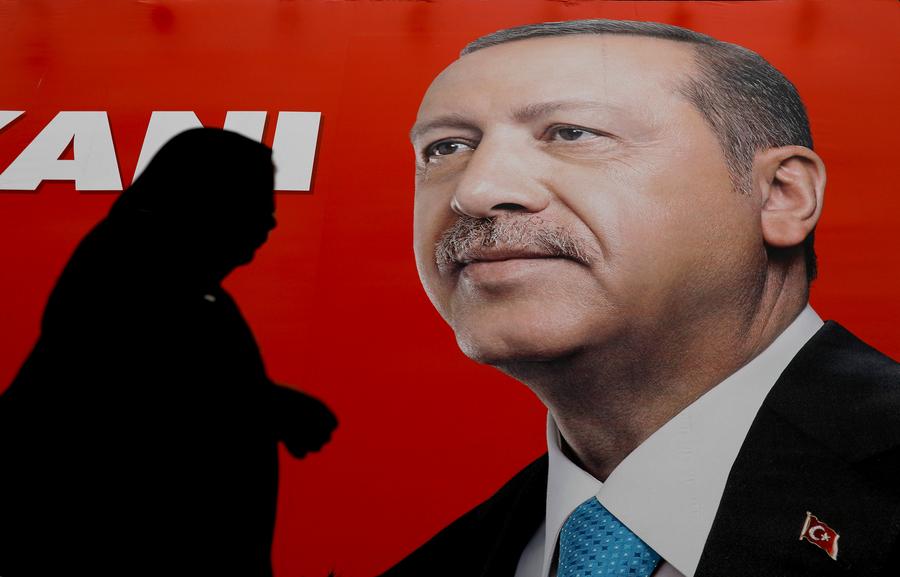 Turks will cast their votes on Sunday in presidential and parliamentary elections, which will be followed by the biggest change in Turkey's political system in more than half a century as the country will shift to an executive presidency.

A constitutional referendum in April 2017 approved the changes of expanding the powers of the Turkish president, most of which will come into effect after the elections.

In these elections, Turks will vote for the presidency and lawmakers at the same time by putting the two ballot papers in one envelope.

The president is directly elected by voters. If no candidate obtains over 50 percent of the vote in the first round, a second round will take place on July 8.

Meanwhile, lawmakers are chosen in only one round from lists prepared for each of Turkey's 81 provinces. The seats are allocated in proportion to the number of votes each candidate receives.

The elections were supposed to be held in November 2019. However, President Recep Tayyip Erdogan called for early elections back in April.

He said Turkey needed to "overcome uncertainty" at a troubled time in the region, amid its ongoing military operations in Syria and Iraq.

This is one of the most important elections in Turkey's modern history. The new president will assume sweeping executive powers that voters narrowly approved in a referendum last year.

The new powers include issuing decrees with the force of law, appointing the cabinet, vice presidents and senior judges, while the office of Prime Minister will be scrapped and the powers of parliament relatively reduced.

After the 2017 reforms, 600 parliament members will be elected on Sunday, up from the previous 550.

Political parties for the first time can form alliances for parliamentary elections. This change offers parties unable to get 10 percent of the vote opportunities to gain entry to the parliament.

Two alliances were formed ahead of the parliamentary polls. The first is the People's Alliance of ruling AKP and the Nationalist Movement Party (MHP).

The second is the Nation Alliance made up of the main opposition secular CHP, the center-right Good Party and the conservative Felicity Party.

The pro-Kurdish HDP, Kurdish Free Cause (Huda-Par) Party and the Patriotic Party will take part in the polls individually.

The turnout of the Turkish elections is generally high, ranging between 80 and 85 percent.

A total of 3 million Turks abroad eligible to vote in more than 50 countries have been called to the polls and nearly half of them cast their ballots, according to figures released by electoral officials.

Erdogan is the most popular Turkish politician, and is likely to win the presidential race, according to public opinion surveys.

It looks like he will easily win in the first round, while a second-round race against Ince or Aksener, if any, still favors the incumbent president.

There is also a very real possibility that Erdogan will win the presidency for five more years but lose the majority of parliament to the opposition, which has promised to roll back the constitutional amendments passed last year.