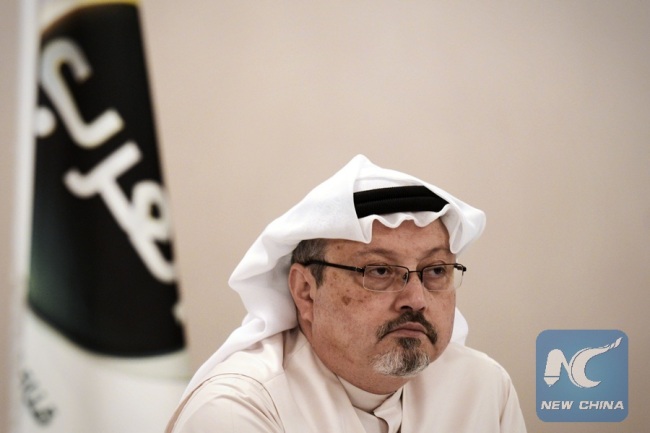 Jamal Khashoggi, looks on during a press conference in the Bahraini capital Manama. (Photo: Xinhua)

Speaking at an event in Istanbul, Erdogan stated that Turkey seeks justice and will reveal the "naked truth."

"Why did 15 people come here and why were 18 people arrested? I'm going to tell you in a very different way on Tuesday. We're going to go into detail," he said.

Saudi Arabia on Saturday admitted that Khashoggi was killed inside the kingdom's consulate in Istanbul and 18 people were arrested over their alleged connections to the killing as a result of an internal investigation into the case.

Turkey earlier said 15 Saudis who travelled to Istanbul were involved in Khashoggi's disappearance.