ANKARA, Dec. 29 (Xinhua) -- Turkey and the United Kingdom (UK) on Tuesday signed a free trade agreement as the latter formally leaves the European Union this week. 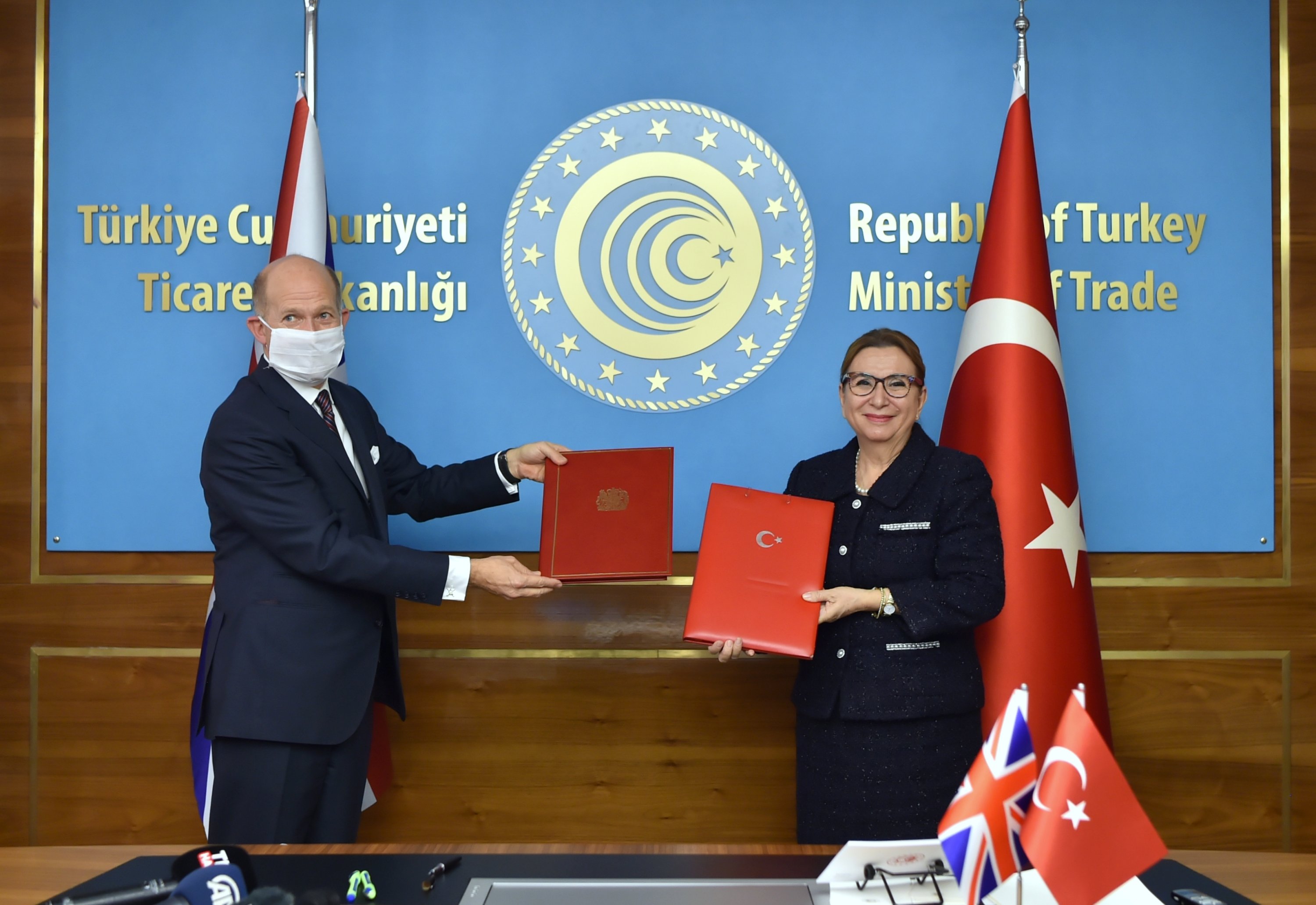 Trade Minister Ruhsar Pekcan (R) and the U.K.'s Ambassador to Ankara Dominick Chilcott are seen on the sidelines of the signing ceremony of the Turkey-U.K. free trade agreement in the capital Ankara, Turkey, Dec. 29, 2020. (Photo: AFP)

The deal was signed by Turkish Trade Minister Ruhsar Pekcan and British Ambassador to Turkey Dominick Chilcott, in the presence, by video link, of the UK International Trade Secretary Liz Truss.

"This is a historic day for Turkish-UK relations. We are taking the first step toward further deepening our ties while maintaining 25-year gains from the Customs Union," said Pekcan in a speech at the signing ceremony.

The trade between Ankara and London were earlier subject to the regulations of Turkey's Customs Union agreement signed with the EU in 1995.

Absent the agreement, nearly 75 percent of Turkish exports to the UK would be subject to tariffs, which will cause losses of some 2.4 billion U.S. dollars, the Turkish minister said, adding that the new tariff-free trade deal prevents the losses.

"It paves the way for a newer, more ambitious deal with Turkey in the near future, and is part of our plan to put the UK at the center of a network of modern agreements with dynamic economies," Truss said.

The bilateral trade between Turkey and UK, Turkey's second largest export market, was worth 25.25 billion dollars in 2019. The UK's investments in Turkey are nearly 11.6 billion dollars.

London has signed trade agreements with dozens of countries ahead of the end of the Brexit transition period on Jan. 1, 2021, when it leaves the EU's trading arrangements.