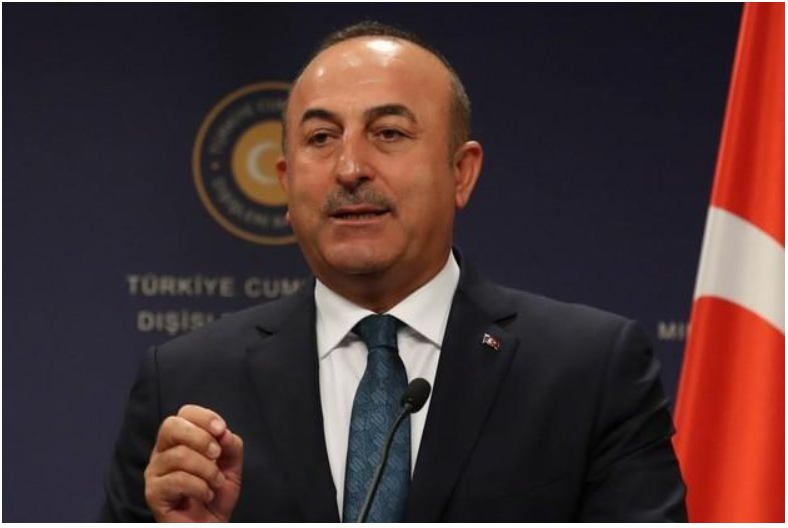 Turkey called on Russia and Iran on Wednesday to pressure Syrian authorities to halt a military offensive in Syria’s rebel-held Idlib province, which Damascus launched despite an international deal to reduce hostilities there.

As pro-government forces pressed the assault, the Russian defense ministry’s newspaper said Moscow had asked the Turkish military to tighten control over armed groups in Idlib. It said militants had used the province as the launchpad for a drone attack on two Russian bases in the last week.

Idlib has become a focal point of the Syrian war as government forces and allied militia have thrust toward an insurgent-held air base. Idlib, bordering Turkey, is the largest single chunk of Syria still under the control of rebels fighting President Bashar al-Assad.

The U.N. High Commissioner for Human Rights expressed grave concern for an estimated 2 million people in the Idlib region, where the population has grown as Syrian rebels and civilians fled government advances in other areas. Fresh conflict could trigger more displacement on Turkey’s southern border.

Turkish Foreign Minister Mevlut Cavusoglu said Russia and Iran must fulfill their duties under a joint accord reached with Turkey last year in which the three countries announced a “de-escalation zone” in Idlib.

He said advances by the Syrian army and allied forces into Idlib could not have taken place without the support of Moscow and Tehran, which have both backed Assad in the war.

“Iran and Russia need to carry out their responsibilities. If you are guarantors, which you are, stop the regime,” Cavusoglu told the state-run Anadolu news agency in an interview broadcast on Turkish television channels.

Cavusoglu’s ministry summoned the Iranian and Russian ambassadors on Tuesday to complain about violations of the Idlib de-escalation zone, and he said President Tayyip Erdogan might call Russia’s Vladimir Putin on the issue.

Turkey, which has been fiercely opposed to Assad, has recently been working with his allies Russia and Iran for a political resolution to the conflict. But Cavusoglu said the Idlib offensive was endangering those efforts.

“This isn’t a simple air strike, the regime is advancing into Idlib. The goal is different here,” he said. “If the aim here is to make some unwilling opposition groups go to Sochi, it will backfire,” he added, referring to Russia’s plans to host a congress on Syria at the end of this month.

In the first attack of its kind, Moscow said on Monday militants had used drones to attack its naval and air bases in the nearby provinces of Tartus and Latakia. The Russian defense ministry’s newspaper said on Wednesday the drones had been launched from the south-western part of the Idlib de-escalation zone held by “moderate opposition” armed groups.