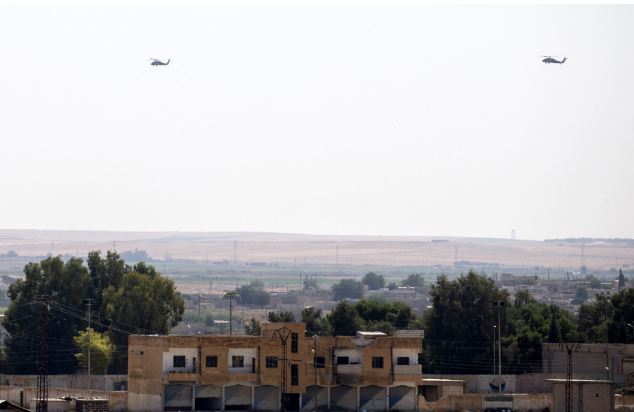 The Turkish and US armed forces start their fourth joint helicopter flight for a planned safe zone in northern Syria, in Sanliurfa, Turkey on September 12, 2019. (Photo: IC)

"The fourth joint flight was carried out as planned with two Turkish and two U.S. helicopters within the scope of Safe Zone First Phase Applications in the east of the Euphrates in Syria," said the Turkish Ministry of Defense.

On Aug. 7, Turkish and U.S. officials agreed to set up a safe zone and develop a "peace corridor" in northern Syria which would address Ankara's security concerns about a Kurdish faction that controls the territory.

The deal envisages withdrawal of the People's Protection Units (YPG) towards the south of the safe zone. The deal would also facilitate the return of displaced Syrians currently living in Turkey to their home country.

Turkish drones started operating in northern Syria as part of the agreement. The military officials from the two NATO allies also established a joint operation center in Akcakale on Aug. 29. Turkey and the U.S. held the third joint flight on Sept. 5 over the planned safe zone.

Washington and Ankara had been at odds for a long time over plans for northeastern Syria, where U.S. ally on the ground, YPG, fought in the battle against the Islamic State militants.