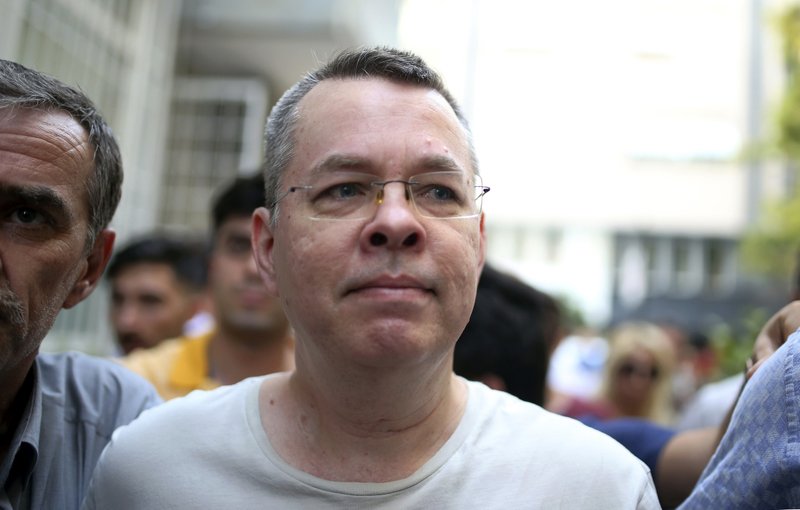 ANKARA, (Xinhua) -- After a major escalation of tensions between Ankara and Washington, the bilateral ties are in slight thaw as the United States hopes detained American pastor be freed.

The next hearing of US Pastor Andrew Brunson, who was moved to house arrest in July, will be held on October 12, ahead of elections for US congress which has been closely monitoring the case.

Turkey and the United States have recently intensified talks over the issue of releasing detained US citizens, a Turkish diplomat told Xinhua on condition of anonymity.

The two capitals have not achieved a significant normalization in relations so far, but at least ended public squabbling. Turkish and American leaders have displayed cautious approach in their public statements when it comes to bilateral ties.

In a sign of calm down of strain, Turkish President Recep Tayyip Erdogan and his US counterpart Donald Trump, who had been in war of words just one month ago, spoke briefly on the sidelines of the UN General Assembly last week.

It was their first engagement since a bitter row between the two leaders on the case of Brunson, who is accused of being linked with terrorist organizations.

Addressing a UN session in New York, Trump thanked Turkey for helping to negotiate restraint in Syria, referring to a recent deal sealed by Turkey and Russia aiming to eliminate radical groups in northwestern Idlib province of Syria.

The United States imposed trade tariffs on Turkish steel and aluminum imports and imposed sanctions on two Turkish ministers in the wake of the debate over Pastor Brunson.

Relations between the NATO allies reached a breaking point in August, plunging Turkey into a full-blown currency crisis. Turkey's vulnerable economy worsened with the lira falling to its lowest point losing about 40 percent of its value against the US dollar in a single month.

The Turkish government held meetings with foreign investors, announced a new economic strategy and raised interest rates to cope with the recession.

A few days ago Erdogan met with Turkish representatives of American companies in capital Ankara as part of Turkish government's efforts to attract foreign investors amid downfall in Turkey's economy.

Elaborating on the meeting with American businessmen, Daily Hurriyet commentator Abdulkadir Selvi, who is known of having insights from the Turkish government circles, noted that one of the issue was the Brunson case.

The Turkish president told businessmen that US threats will not work on the Turkish government.

"Ties between Turkey and the US cannot progress until the Brunson problem is resolved," he argued.