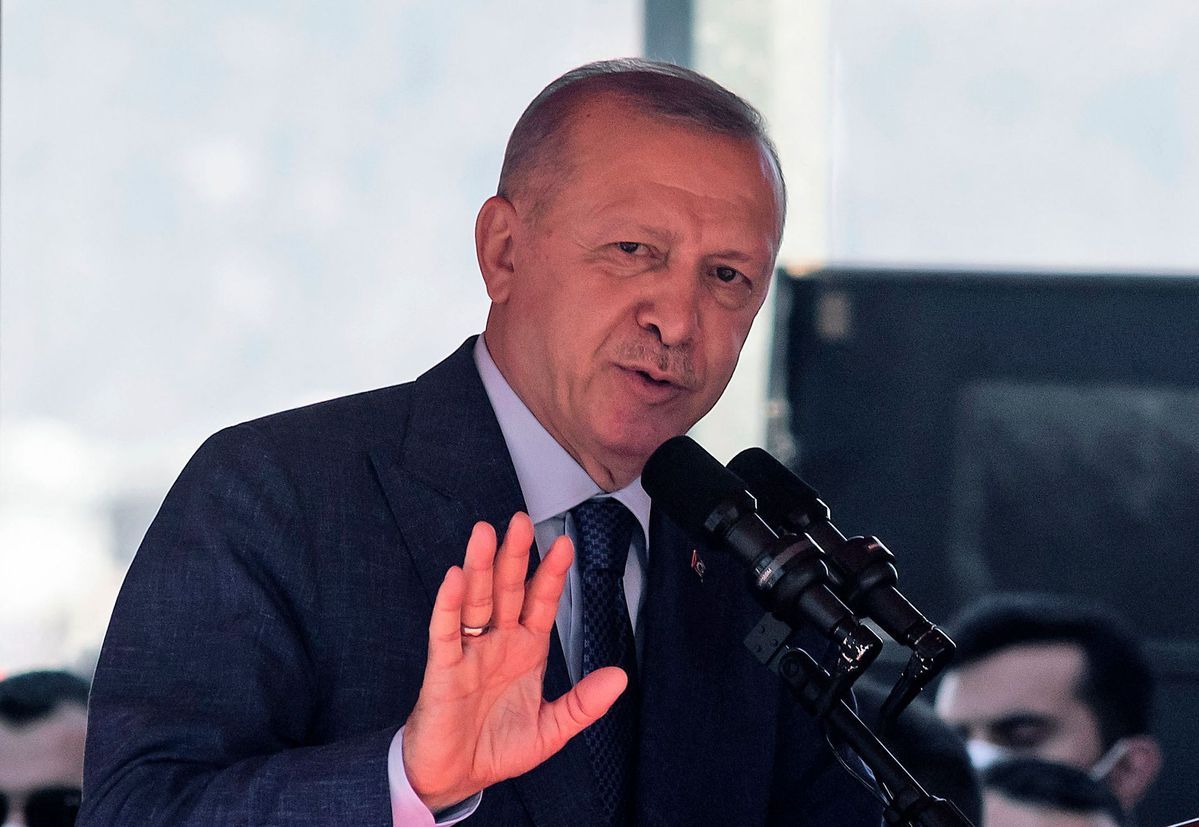 Turkey welcomes the "moderate" statements made by the Taliban leaders in Afghanistan, President Recep Tayyip Erdogan said on Wednesday.

"We have already stated that we can receive the leaders of the Taliban. We maintain this attitude today. We also welcome the moderate statements made by the Taliban leaders," Erdogan said during a televised interview.

Turkey is open to cooperation for the peace of the Afghan people, the well-being of the Turkish compatriots living in Afghanistan, and protection of Turkey's interests, he said.

"We are making our plans in line with new realities in the field, continuing negotiations accordingly," Erdogan said.

Describing the Taliban as very sensitive towards relations with Turkey, Erdogan said, "We hope their sensitivity will continue."

Turkey has evacuated 552 people from Afghanistan, he added.

Since the US troops started to pull out of Afghanistan on May 1, the Taliban has been advancing quickly on the battlefield. During the past two weeks, the group has captured most of Afghanistan's territory.