WORLD Turkey will retaliate if US imposes sanctions over S-400s

Turkey will retaliate if US imposes sanctions over S-400s 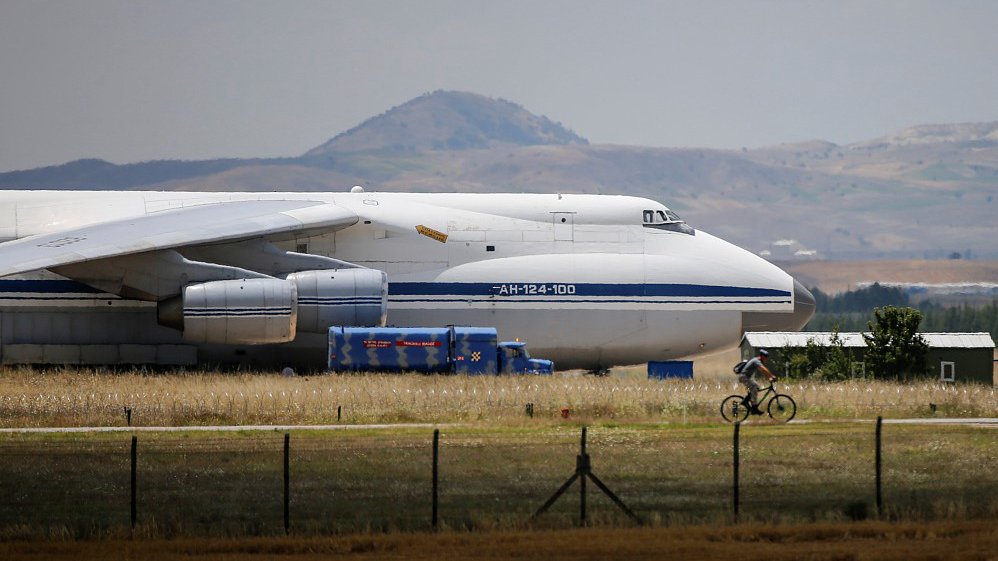 Turkey will retaliate if the United States imposes sanctions over Ankara's purchase of Russian S-400 missile defense systems, Turkish Foreign Minister Mevlut Cavusoglu said on Monday, adding that any such sanctions would be unacceptable.
In an interview, Cavusoglu said that U.S. President Donald Trump does not want to impose sanctions and added that he did not expect the U.S. administration to take such action.
U.S. Secretary of State Mike Pompeo last Saturday conveyed the U.S.' disappointment over Turkey's acquisition of the Russian S-400 air defense system in a phone conversation with Cavusoglu, U.S. State Department spokesperson Morgan Ortagus said in a statement.
Pompeo reaffirmed to Cavusoglu the U.S. commitment to addressing Turkish security concerns along the Turkey-Syria border, while reiterating the U.S. obligation to ensure the protection of local partners working with the United States in the campaign against the Islamic State, referring to Kurdish forces.

Ankara has long designated Syrian Kurdish fighters as terrorists. Turkish media reported earlier this month that a large Turkish military convoy was sent and deployed in the southern province of Hatay near the Syrian border, leading to speculation that a Turkish offensive against Kurdish forces might be imminent.

Cavusoglu also said in the interview that if a planned safe zone in northern Syria is not established, and if threats continue against Turkey, a military operation will be launched east of the Euphrates river.

Turkey has been in talks with the U.S. over the issue. Cavusoglu hopes an agreement will be reached after talks on Monday with U.S. special envoy for Syria James Jeffrey, who is visiting Ankara.

Turkish President Recep Tayyip Erdogan said last Monday that the Russian S-400 missile defense system, parts of which have been delivered to Turkey, will be fully deployed in April 2020, adding that he will "go further" to jointly produce S-400s with Moscow.