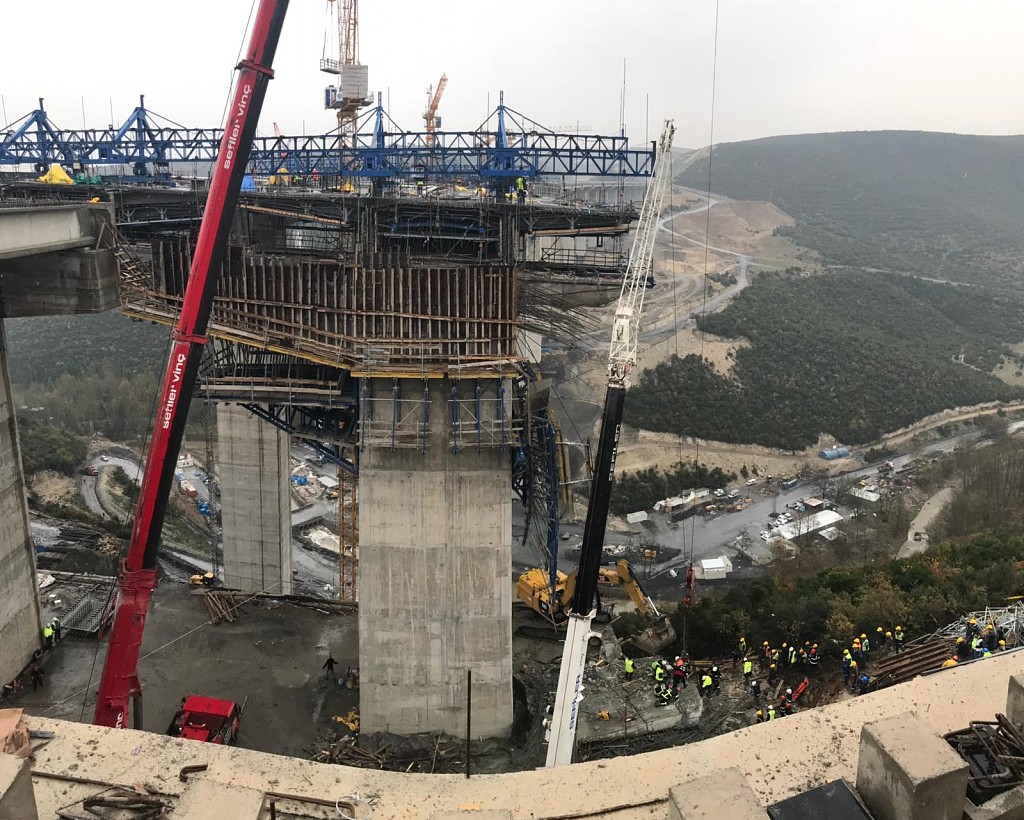 Officials say a large concrete block fell during the construction of a highway viaduct in northwest Turkey, killing one worker and trapping two others beneath it. One other worker has been rescued with injuries. (Photos: VCG) 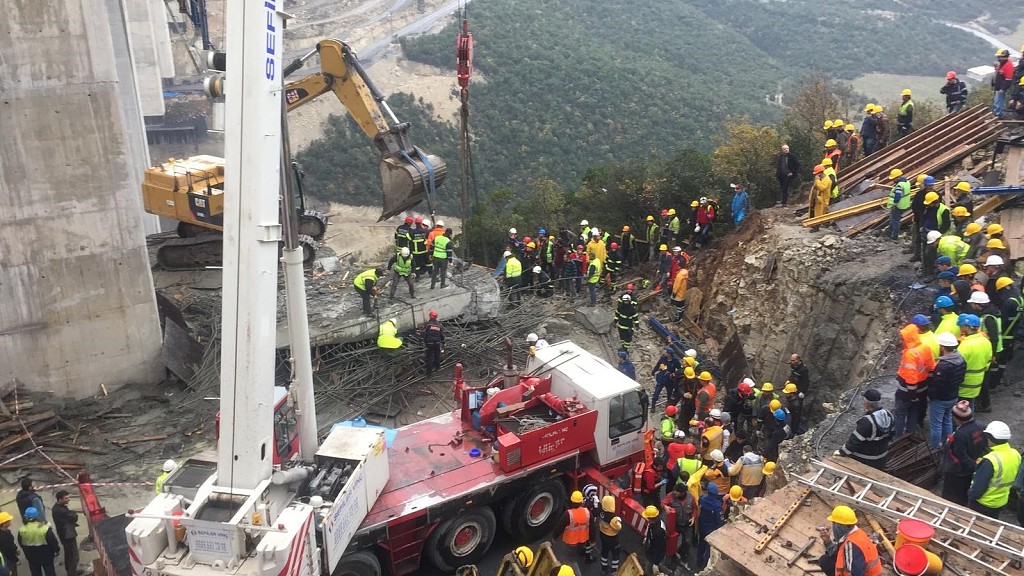 The accident occurred Wednesday near the town of Gebze, in Kocaeli province, during the construction of the North Marmara Highway. 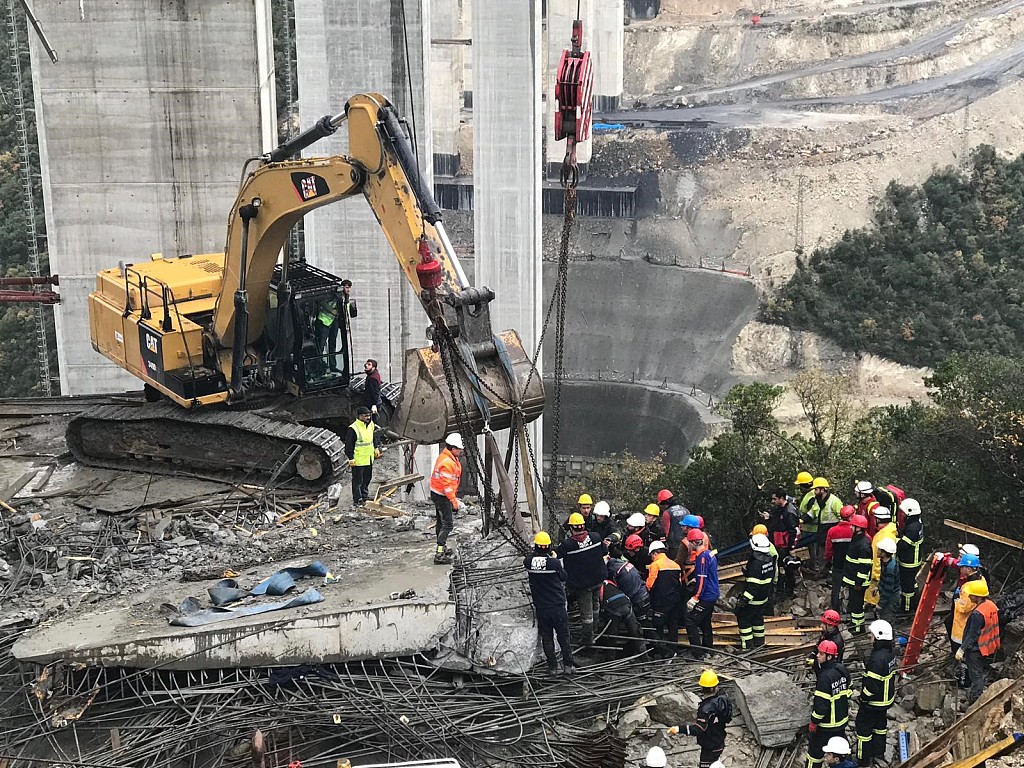 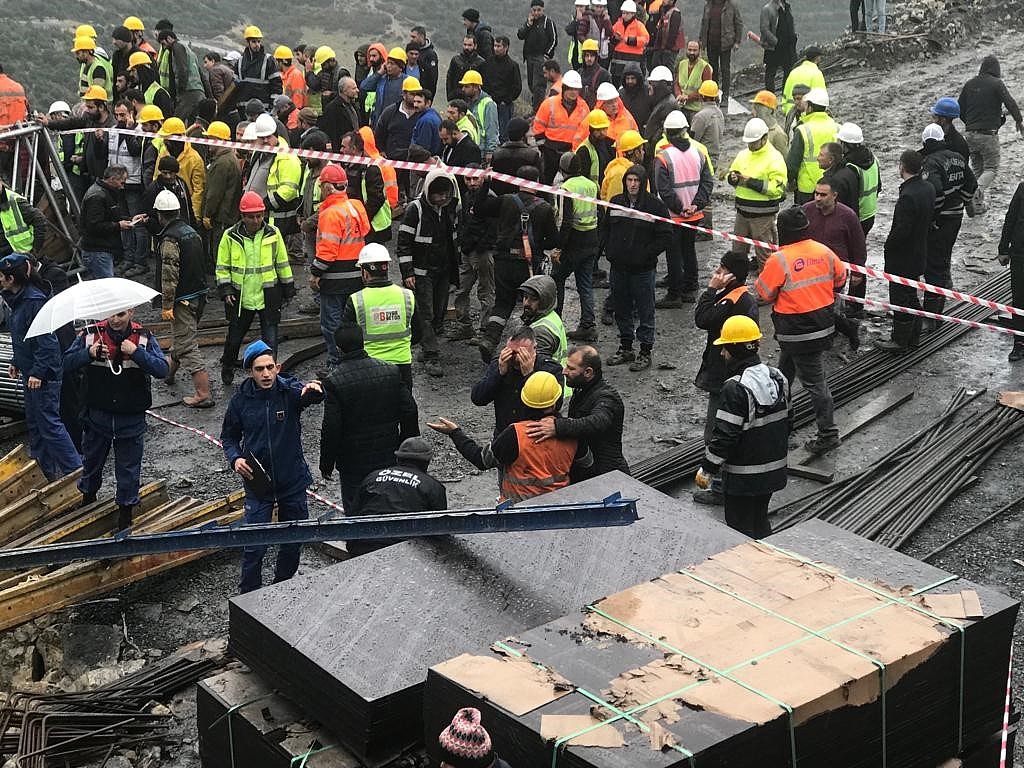 Aksoy told reporters that "there are fears concerning their (showing any) signs of life." 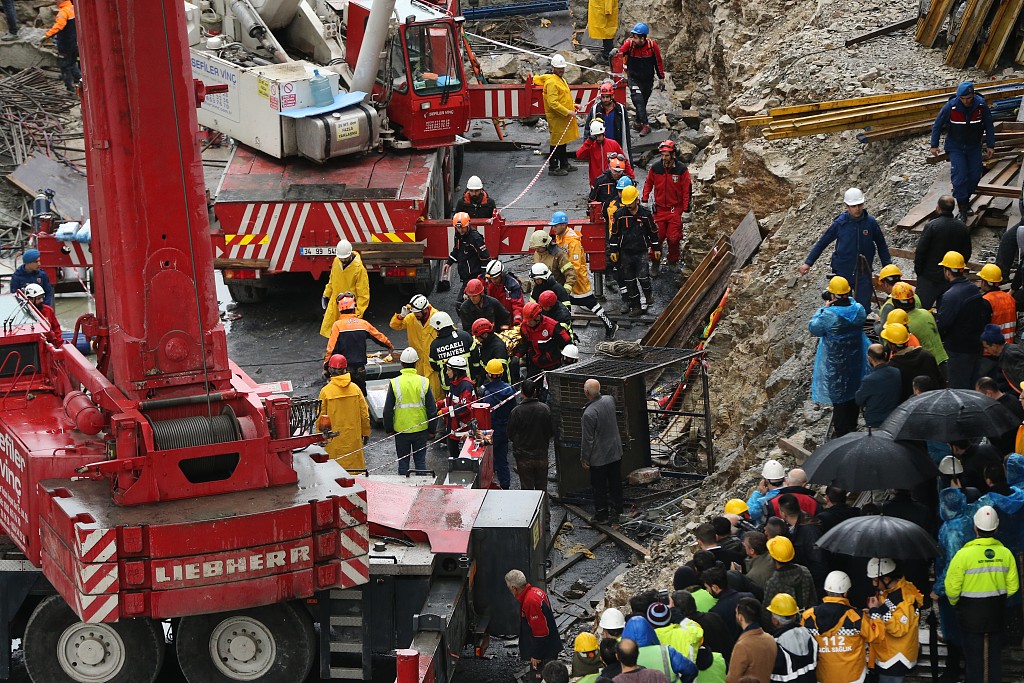 News reports say the four workers plummeted from the top of the viaduct along with the concrete block. 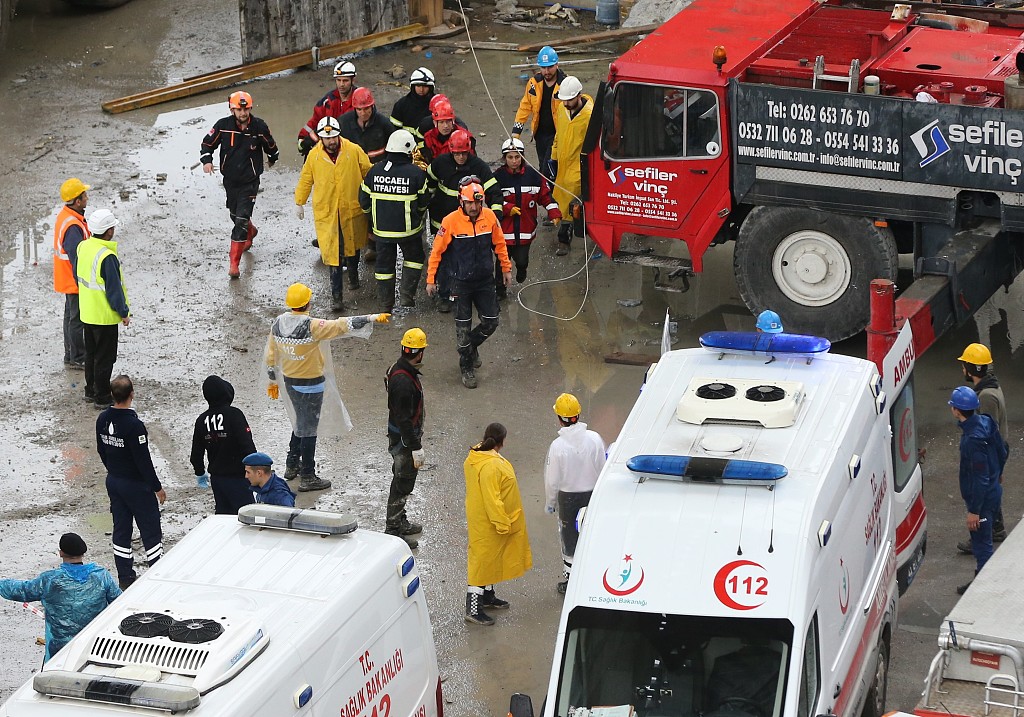 This is the latest in a string of construction accidents in Turkey that have raised concerns about safety conditions for workers. (Compiled by Dong Feng)