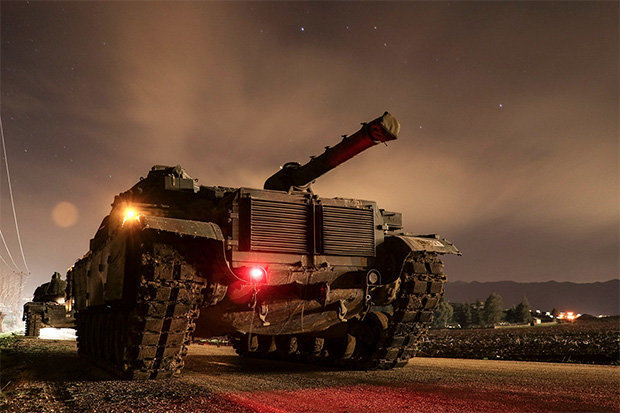 The attacks on Afrin and its countryside in the northern countryside of Aleppo province killed 86 civilians and wounded 200 others, SANA said.

The Turkish artillery targeted residential areas in Afrin with various types of weapons, it added.

Last Saturday, the Turkish army unleashed an offensive with the Turkey-backed Syrian rebels against the Kurdish fighters of the People's Protection Units (YPG) and its allied Syrian Democratic Forces (SDF) in Afrin and other Kurdish-held areas in northern Syria near Turkey.

A day earlier, the Syrian Observatory for Human Rights said seven Turkish soldiers were killed and seven others went missing during the battles in Afrin countryside.

The visit of Ansari comes as Syria is bracing for another round of talks in the Russian resort city of Sochi later this month.

Ansari stressed the importance of the Syrian National Dialogue Congress slated to be held in Sochi, hoping it will push for a settlement to the crisis through an intra-Syrian dialogue without foreign interference or pressure.