Syrian rebels backed by the Turkish military have seized the town of Nairab in northwest Syria's Idlib Province, Turkish and rebel officials said on Tuesday, the first area to be taken back from advancing Syrian government forces. 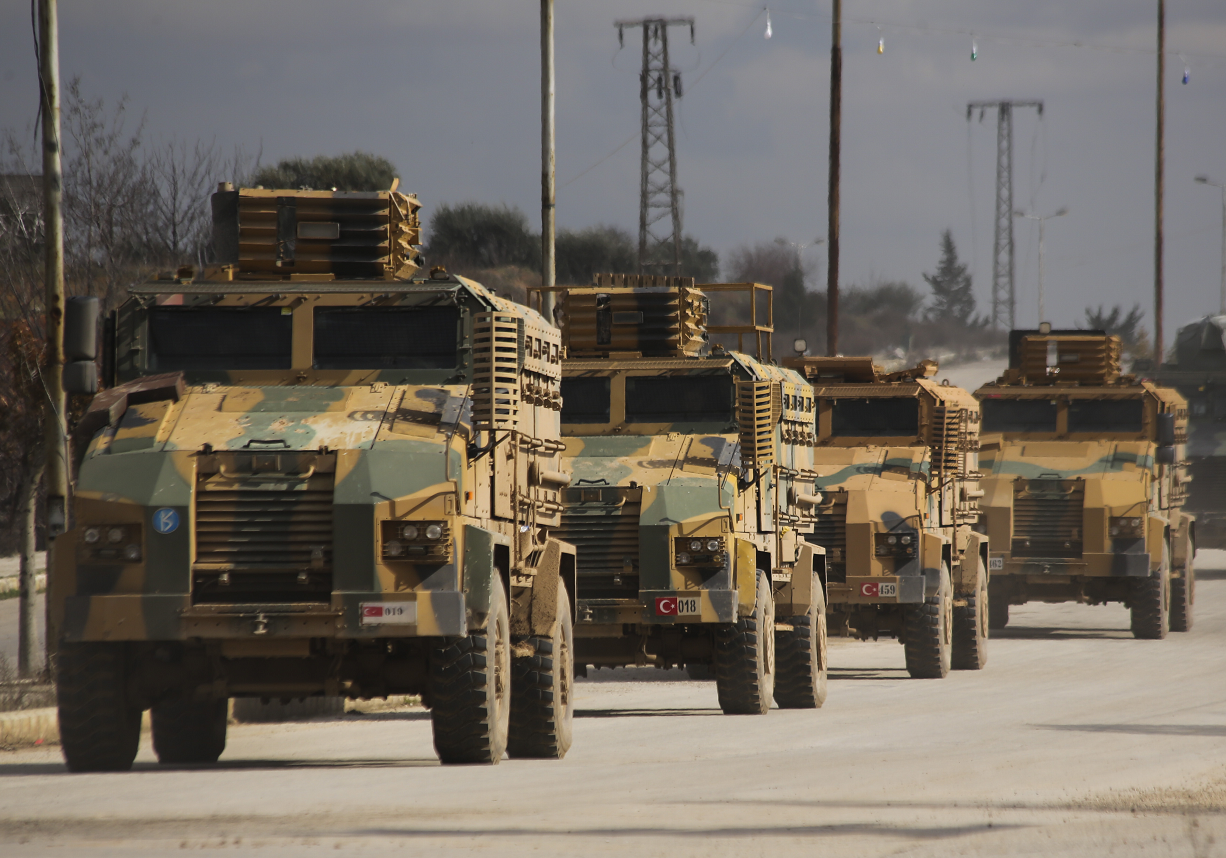 Syrian President Bashar al-Assad's forces, supported by Russian air power, are trying to retake the last large rebel-held region in Syria after nine years of war. Nearly a million Syrians have been displaced by the latest fighting.

Elsewhere in Idlib, government forces captured the town of Kafr Nabl and nearby areas some 30 km (20 miles) southwest of Nairab, according to the Syrian Observatory for Human Rights, a local source and pro-Damascus media.

U.S. Secretary of State Mike Pompeo criticized the offensive, saying the Syrian government could not achieve military victory and that Washington was working with Ankara on how to resolve the crisis. He provided no details.

Turkey has sent thousands of troops and equipment into the region to support the rebels in resisting the offensive.

"With the help of our Turkish friends, we have regained control of the strategic town of Nairab, the gateway of Saraqeb, after expelling the terrorist Russian militias," said Yusef Hamoud, spokesman for the Turkish-backed National Army.

A Turkish security official said the Turkish military had supported the rebel offensive with shelling and that bomb disposal teams and the rebels were clearing the town, located about 12 miles (20 kilometers) southeast of rebel-held Idlib city.

Their next goal was the strategic town of Saraqeb where the M5 highway, Syria's main north-south artery linking Damascus and Aleppo, meets the road west to the Mediterranean.

"There is a process underway between Turkey and Russia regarding Idlib and Libya. We need to quickly resolve the Idlib issue. Russia provides the regime (Syrian government) with the highest level of support, including air support. We have confirmed this despite their denial," Erdogan told reporters before leaving for Azerbaijan.

Turkish and Russian officials had two rounds of talks in Ankara and Moscow in the past few weeks, but negotiations did not yield results as Turkey insists that the Syrian government forces should retreat to the area agreed in Sochi deal.

The Turkish president also noted that leaders of Germany, France and Russia have yet to decide on a four-way summit on the issue of Syria, but he needs to have a face-to-face meeting with Russian President Vladimir Putin on March 5 at the latest.