ISTANBUL, Dec. 29 (Xinhua) -- The year of 2020 has been a difficult and turbulent one for Turkey as the COVID-19 pandemic and dramatic changes in the economic leadership sent shockwaves through all sectors of the industry and economy, experts said. 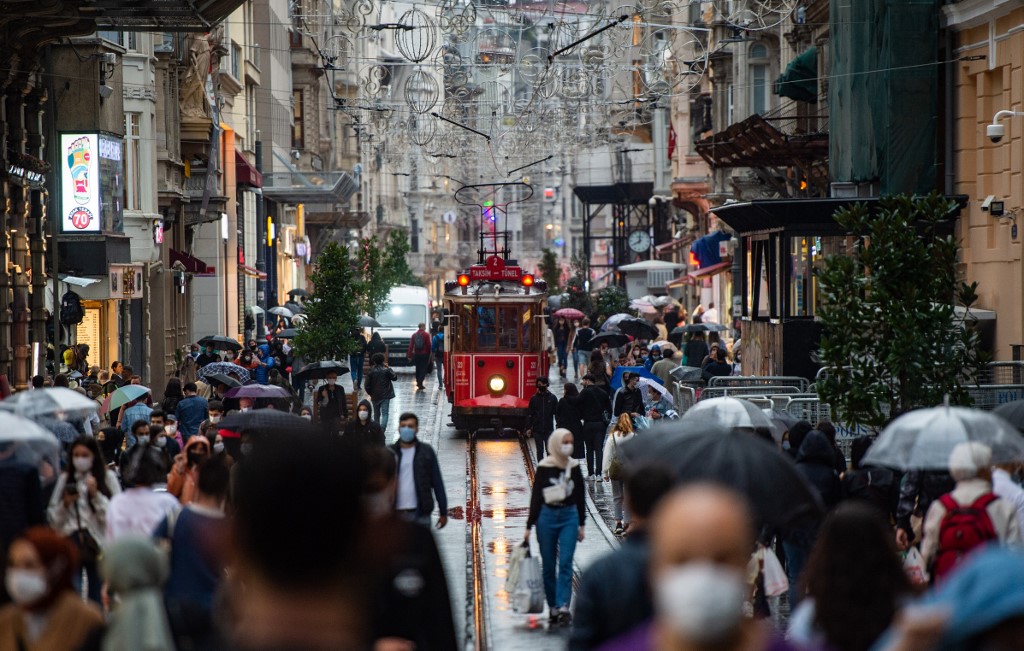 The nation was just recovering from the 2018 currency meltdown when the coronavirus arrived in March. The impact of the lockdown measures and restrictions started to be felt when the Turkish economy registered a staggering contraction of 9.9 percent in the second quarter.

Moreover, the Turkish currency also continued to depreciate and lost 30 percent of its value against the U.S. dollar since the start of the year.

The intense pressure on the Turkish lira has prompted a surprising shake-up in the country's economic management.

Experts said the new team's approach is more market-friendly and largely welcomed among both foreign and domestic investors. Since then, the national currency has been rallying against the greenback.

New leadership in the central bank also showed its determination to fight inflation and unemployment by raising the interest rates twice, up to 17 percent, since November.

"Old policies have failed, and Turkey moved towards a more orthodox monetary policy, which is good for the country's credibility," Enver Erkan, an economist from Istanbul-based Tera Securities, told Xinhua.

Erkan believed that decisions taken by the new economic team would eventually have favorable results on price stability and inflation in general in 2021.

"These policies should be pursued unabated as vulnerabilities are still there and may resurface," Erkan remarked, highlighting the need for Turkey to attract fresh foreign investments.

Emre Alkin, a professor of finance at Istanbul's Altinbas University, echoed Erkan's opinion, saying that if the current rational approach to the economy is sustained, 2021 would be a better year than 2020.

However, he warned that investors would withdraw their help if the government reneges on its promises to carry out economic reforms.

Erdogan renewed his pledge on Saturday, saying that Turkey will bring in structural reforms for the economy and the judiciary, and is determined to form a system based on production and employment.

Turkey's economy is expected to grow by 0.3 percent in 2020 and pick up speed and grow by 5.8 percent in 2021, according to official forecasts.