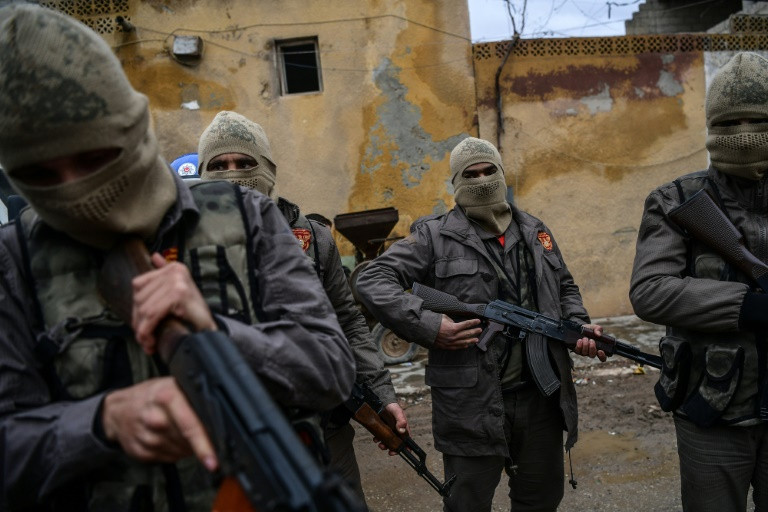 Only a few olive groves separate Turkish special forces and allied Syrian rebels from Kurdish militia fighters as the crash of mortar fire echoes on the frontline of Ankara's offensive inside Syria.

"We are on alert 24 hours a day," one Turkish special forces officer, who asked not to be named, told AFP in the Syrian town of Azaz, which is controlled by Turkish-backed opponents of Syrian President Bashar al-Assad.

Turkey on Saturday sent troops and tanks into northern Syria for its "Olive Branch" campaign against the People's Protection Units (YPG) Kurdish militia, which Ankara considers to be a terror group.

Some went directly towards the YPG enclave of Afrin from the north, but others made their way from the east via Azaz.

Turkey's operation comes on the heels of the Euphrates Shield offensive, begun in August 2016, which targeted the extremist Islamic State group and the YPG in an area east of Afrin.

It finished in March 2017, with Ankara declaring the mission completed.

Azaz, estimated to have a population of 300,000, was liberated from IS early in the Euphrates Shield offensive.

"I believe it will not be as easy as Euphrates Shield," the special forces officer said.

"The opponents have been preparing for months and are more aggressive than Daesh," he said, using an Arabic acronym for IS.

"I guess it will take more time." 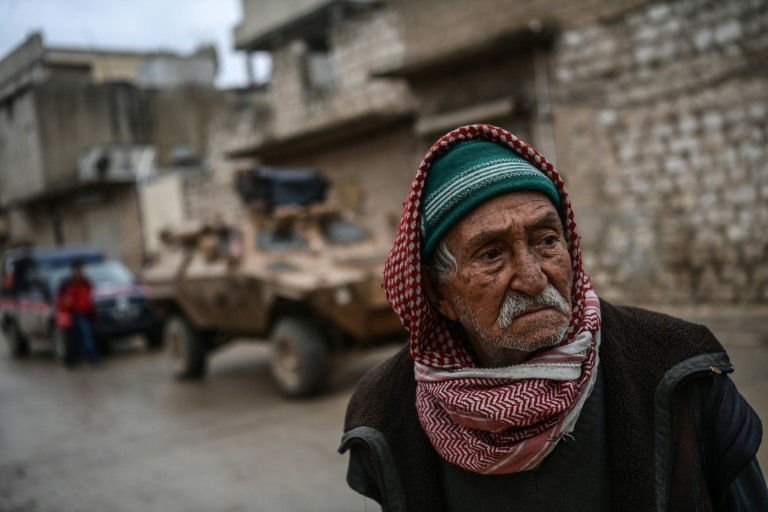 The Turkish special forces are backed by Syrian rebels, who express optimism about the operation despite the danger.

"We are on the frontline, the PKK is only one kilometre away," said Syrian rebel Hamzeh al-Dikk said, referring to the outlawed Kurdistan Workers' Party (PKK), which has waged a bloody war against the Turkish state since 1984. Turkey says the YPG is the Syrian affiliate of the PKK.

"We live in a state of war here. I hope that we will get stability back, so that we can return to our villages," said the 18-year-old, who was armed and wearing a military uniform and green cap.

Another armed Syrian fighter, Ali Yassin, who has been in the rebel force known by Turkey as the Free Syrian Army for seven years, said they were coordinating well with the Turkish army.

"Our goal is to cleanse this region of terrorists. We do not want terrorists in our country," he stressed. 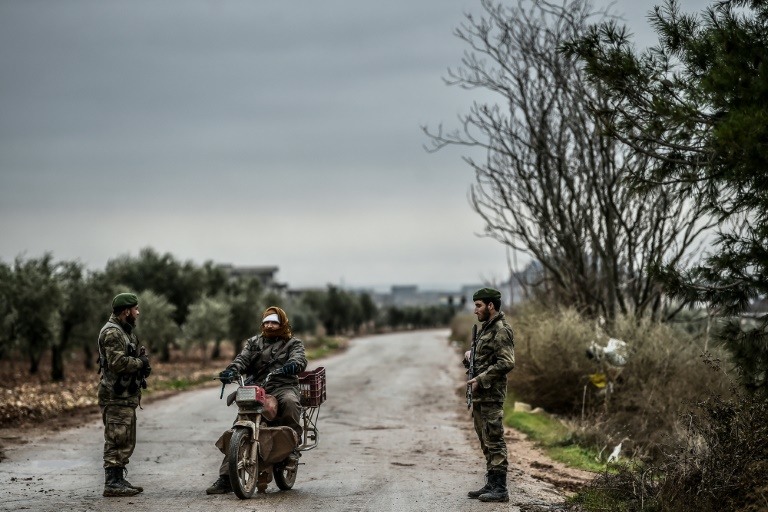 Children on the streets shout "Allahu Akbar" (God is greatest) after the sound of the Turkish artillery fire.

Some wear only slippers in the freezing winter as they play in the mud. One open barber is cutting the hair of a small child.

Ahmad, a 25-year-old carpenter, predicted the operation would not end soon.

"It will take some time," he said. "(Afrin) cannot be taken swiftly because innocent civilians also live there."

But Ahmad is not afraid of the sound of mortar fire.

"Nobody here is scared of the shelling because people have become used to it."

Hassan Lahmouni, who is in his 60s, expressed relief at the Turkish operation.

"Without Turkey's intervention we would have died."

While there has been no dramatic breakthrough on the ground, a second Turkish special forces officer said it was a calculated operation.

"It is very well thought through. We are aiming for minimum casualties," he said.