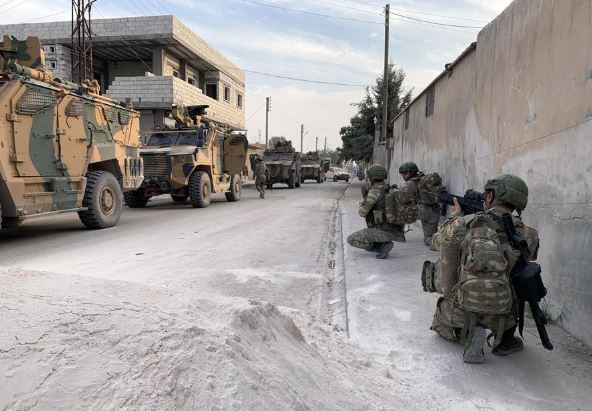 The battles involving heavy and medium weapons are fought in the village of Um Shuaifeh in the countryside of Hasakah Province near the Turkish border, SANA said.

The Syrian forces withdrew from some areas as a result of the heavy shelling, the London-based watchdog added.

Turkey began its campaign against the SDF and its broader umbrella the Kurdish People's Protection Units last month as Ankara sees these groups as terrorists and separatists.

A few deals under the Russian mediation have been reached since Oct. 9, which led to the halt of the fights in some areas and the entry of Syrian troops to Kurdish-held areas on the Syrian-Turkish border.