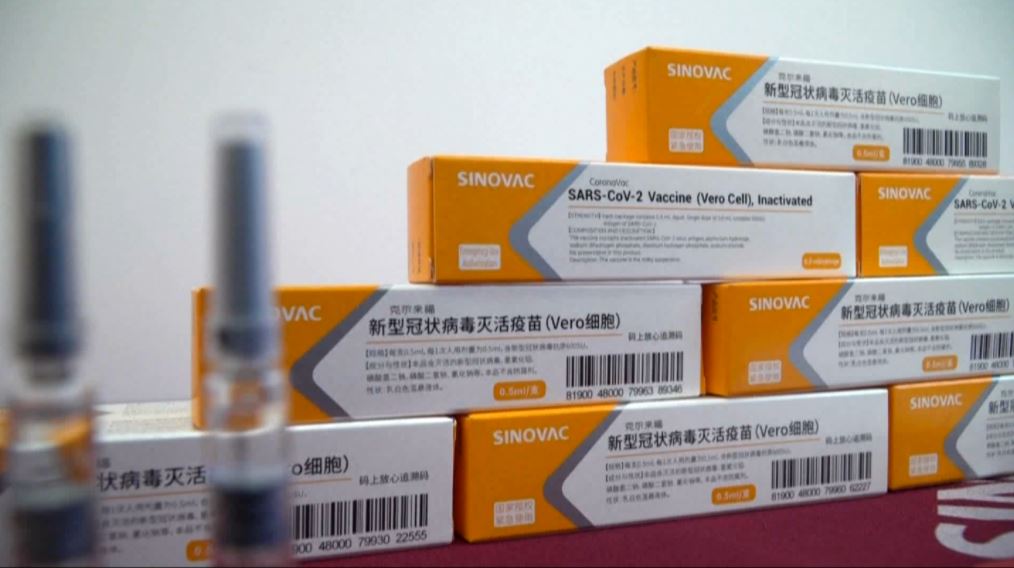 Interim data from a late-stage trial in Turkey showed the vaccine to be 91.25 percent effective. (Photo: AFP)

Turkey's health minister Fahrettin Koca received his first shot of the the COVID-19 vaccine produced by China's Sinovac Biotech Ltd. on Wednesday, ahead of the country's mass vaccination program set to start on Thursday.

Koca received the jab alongside members of the country's scientific advisory council soon after authorities greenlighted the emergency use of Sinovac vaccine.

"I had previously said that there is light at the end of the tunnel," he said. "I believe that the days ahead of us will be bright."

He announced the vaccination drive will start with healthcare workers and other high-risk groups.

By Wednesday, Turkey had reported 2,346,285 COVID-19 infections and 23,152 deaths, according to data from the Johns Hopkins University.