ISTANBUL, Nov. 25 (Xinhua) -- A Turkish journalist who had lived in Qatar for six years strongly denounced Western media's attacks on Qatar during the country's preparations for the 2022 FIFA World Cup. 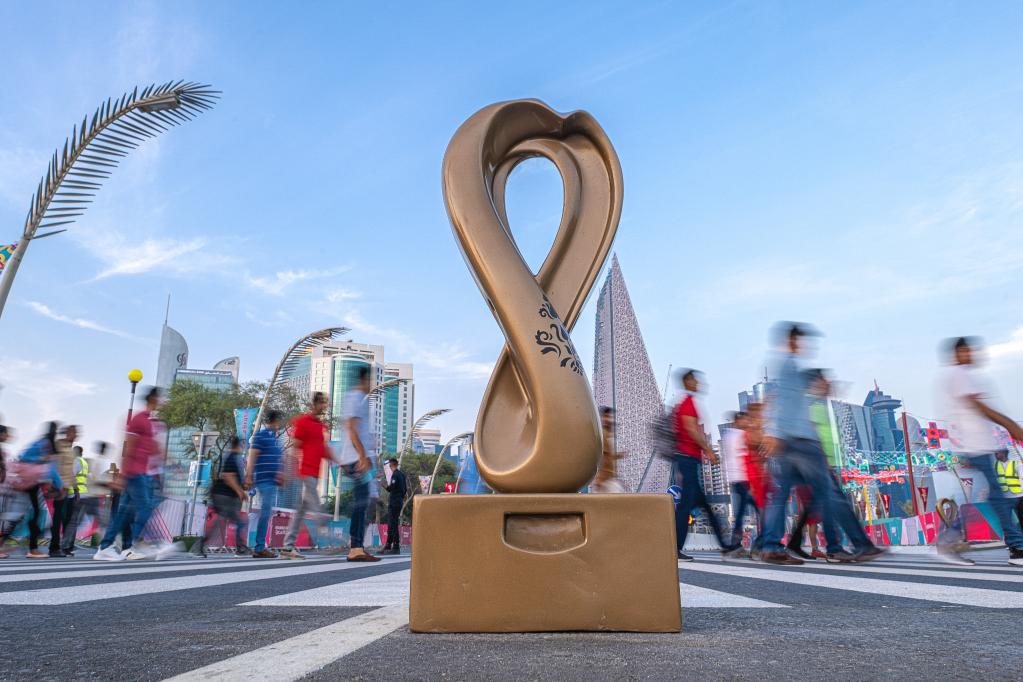 "The handling and the coverage of this World Cup by the Western press, has come to a point of smearing. Unfortunately, the dosage of criticism has increased," Feyza Gumusluoglu, foreign news department coordinator of Istanbul-based broadcaster EkoTurk, told Xinhua in a recent interview in Istanbul.

She pointed out that such unfair news overshadowed the country's achievements on the course to the World Cup.

Gumusluoglu also recalled her days in Doha, capital of Qatar, between 2010 and 2016.

She remembered the day when it was announced that the 2022 World Cup would be held in Qatar, everyone was thrilled and filled the streets, having joyful gatherings and rallies.

But this country is now facing a series of smear campaigns conducted by Western media, she added.

"We see such attacks and incitement of the country in the posts of some foreign journalists on social media. Provocative and insulting videos are shot and shared about the country," Gumusluoglu said.

Gumusluoglu said she believes that Qatar did a tremendous job transforming the country in line with the requirements of such a big sports event, implementing a series of reforms on labor policy, building and improving infrastructure, and redesigning cities.

She said that the process has brought ample benefits and improved the living quality of the Qataris.

"The country has made a lot of reforms related to the World Cup. Indeed, I am a witness to the introduction of the minimum wage and the abolition of the sponsorship system (which is a part of a reforms package issued to improve Qatar's labor market). In other words, serious reforms were made in workers' rights, but these were always overshadowed (by western media's fake news)," Gumusluoglu noted.

"Qatari officials invested a lot. They completely rebuilt the country and the cities. They even founded new cities. So these were definitely positive contributions," said the journalist.

She also underlined that qualified high-technology stadiums had been constructed, and metro lines had been built for the World Cup in a short time.

Gianni Infantino, president of FIFA, recently lashed out at some Western media and their accusations of human rights and labor abuses in Qatar. Infantino blamed certain Westerners for having "hypocritical double standards."

"I think what we Europeans have done worldwide for the past 3,000 years we should apologize for the next 3,000 years before we start giving moral advice to others," the 52-year-old said during a press conference in Al-Rajjan on Saturday.

The FIFA president said he didn't understand why the progress in Qatar wasn't recognised. "This one-sided moral lesson is just hypocrisy."