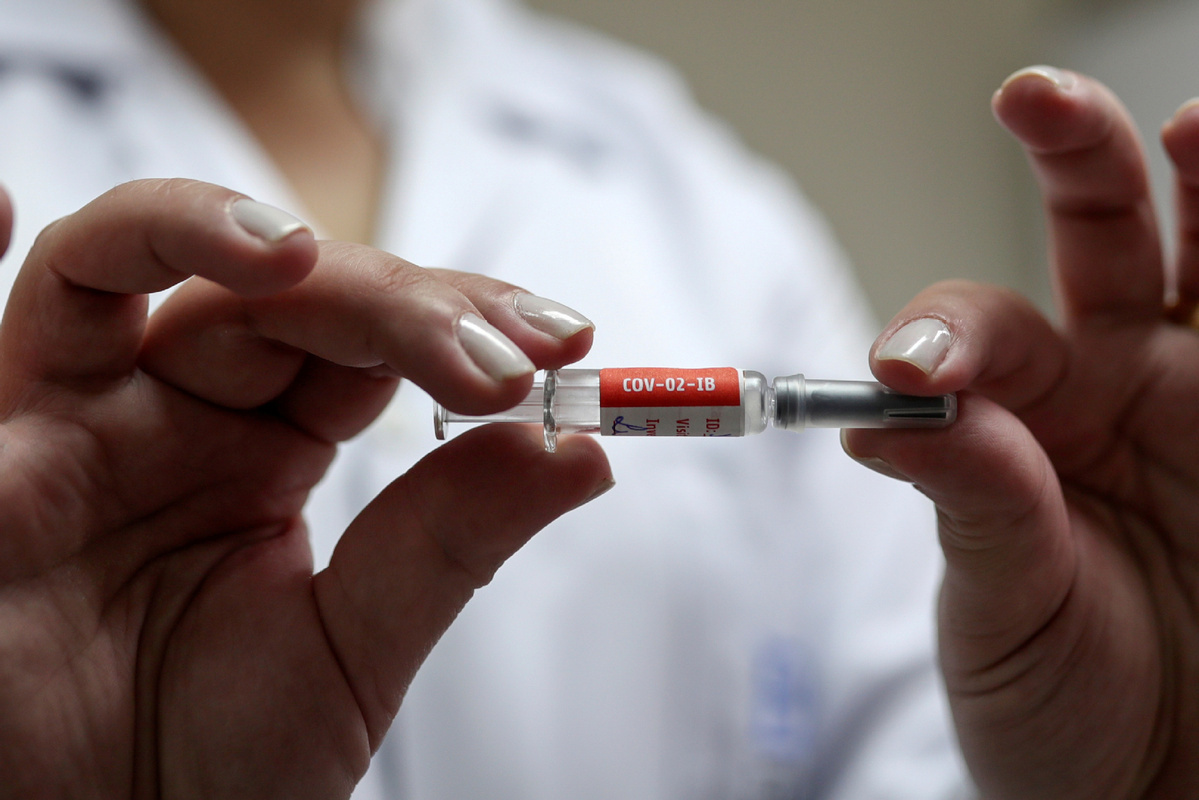 FILE PHOTO: A nurse holds a dose of China's CoronaVac, a potential vaccine against the coronavirus disease (COVID-19) before administering it to a volunteer at Emilio Ribas Institute in Sao Paulo, Brazil July 30, 2020. Picture taken July 30, 2020. (Photo: Agencies)

Dr. Serhat Unal, an infectious disease expert serving on Turkey’s medical board, said the finding is based on early results of late-stage trials in the country and added that the vaccine is safe.

Turkey’s Health Minister Fahrettin Koca said in the press conference the results were the first to be announced for CoronaVac. Media reports said Sinovac delayed announcing results from late-stage trials until January to consolidate data from other countries where trials took place. The efficacy rate announced by Turkey could not be immediately verified independently. Koca said the first shipment of three million doses of CoronaVac will be dispatched to Turkey Sunday night and arrive Monday. The vaccines were initially expected to arrive after Dec. 11, but Koca said issues with permits caused the delay. Turkey has signed a deal for 50 million doses of the vaccine.

The health minister also said an agreement for the vaccine developed by Pfizer and BioNTech vaccine was close. He said Turkey could get 4.5 million doses until the end of March and would have the option buy up to 30 million doses.

Turkey has among the worst infection rates in the world, with a weekly average of about 22,000 confirmed daily infections. The total death toll is 19,115, according to official statistics.