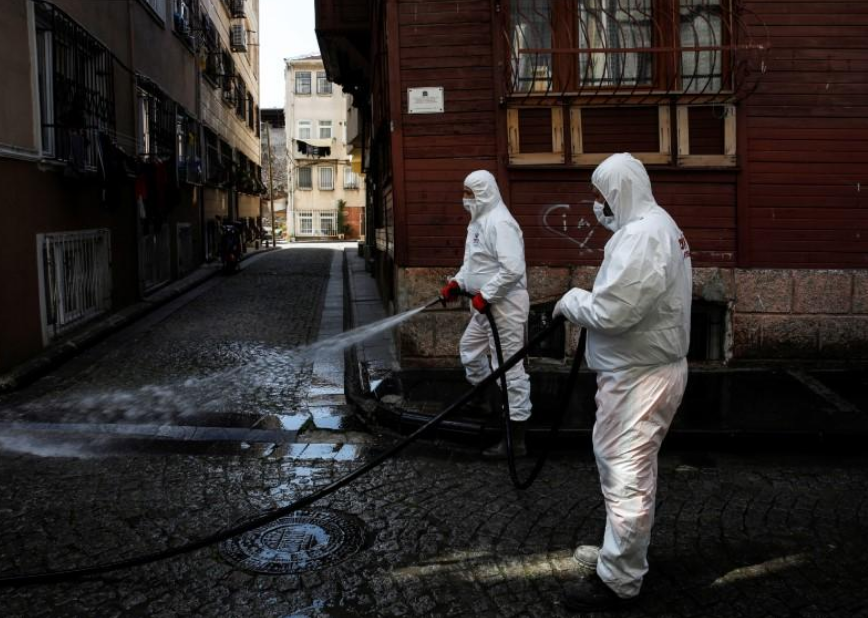 Turkey's parliament on Tuesday passed a law that will allow the release of tens of thousands of prisoners to ease overcrowding in jails and protect detainees from the coronavirus, but critics have slammed it for excluding those jailed on terrorism charges.

The law will open the way for the temporary release of around 45,000 prisoners to stem the spread of coronavirus. Those eligible will be released under judicial control until the end of May and the Justice Ministry will be able to extend the period three times by a maximum of two months each time, according to the law.

A similar number would be released permanently under a separate part of the legislation aimed at reducing prison overcrowding.

Justice Minister Abdulhamit Gul said on Monday there were 17 confirmed cases of COVID-19 among prisoners, including three deaths, and 79 prison personnel had also tested positive.

The law has been criticized by opposition parties and activists for excluding those jailed on terrorism charges, which include journalists and politicians swept up in a crackdown following a coup attempt in 2016.

Opposition members say the release of criminals including thieves, racketeers and those involved in bribery could lead to a rise in crime.

Violations of Turkey's intelligence law are not eligible for earlier release, which opposition members said aimed to exclude journalists imprisoned earlier this year for reporting the death of Turkish intelligence members in Libya's conflict.

Turkey has arrested thousands of academics, lawyers, journalists, civil servants and members of the military it says were supporters of U.S.-based cleric Fethullah Gulen, who it blames for the coup attempt. Gulen denies any involvement.

Many Kurdish activists and politicians the state says have links to the banned Kurdistan Workers' Party (PKK) are also in jail.

While tangling over the domestic prisoners issue, Turkey is trying to offer assistance to combat COVID-19 in the international arena. The country sent medical equipment to Italy and Spain, detection kits for Palestinians and medicines to Armenia respectively.

In recent weeks, Turkey has supplied masks, hazmat suits and hydroalcoholic gel to Italy, Spain and the United Kingdom, all among the worst hit in Europe.