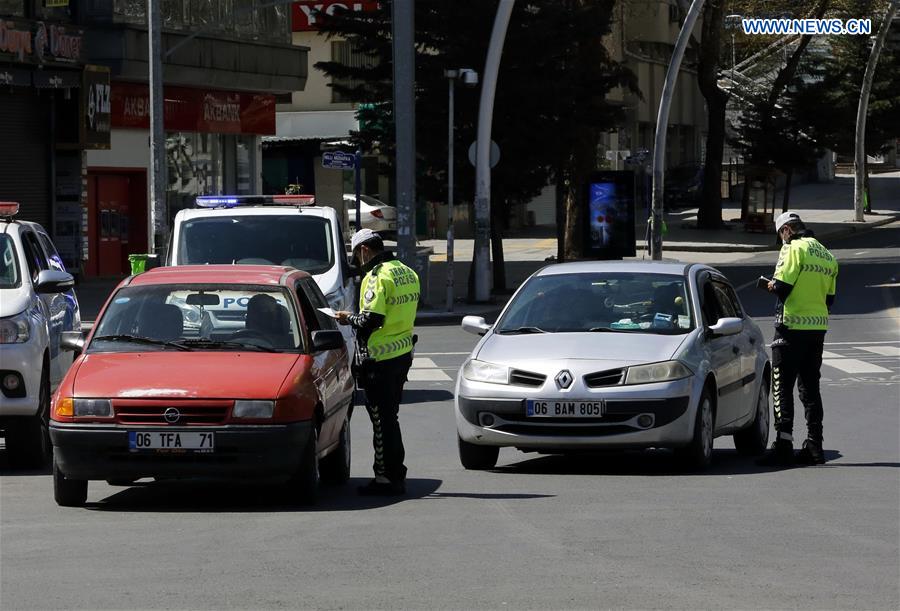 Policemen check vehicles on a road during a curfew in Ankara, Turkey, on April 18, 2020. (Photo: Xinhua)

Gathering in at least three separate districts, several groups attempted to march towards the iconic Taksim Square despite the curfew declared against the COVID-19 pandemic, the state-run Anadolu agency said.

Police intervened and apprehended at least 38 people, including some members and a leader of the Confederation of Progressive Trade Unions, according to the report.

Those who have been detained were later released, Anadolu said, citing a statement of the Istanbul Governorship.

Meanwhile, various trade unions, with permission from the governor's office, left wreaths in Taksim Square by following the social distancing rule to curb the possible spread of the coronavirus, press reports also noted.

The square has a symbolic meaning for the trade unions and leftist groups, as 34 workers were killed during May Day celebrations in 1977 in shots fired from a nearby building.