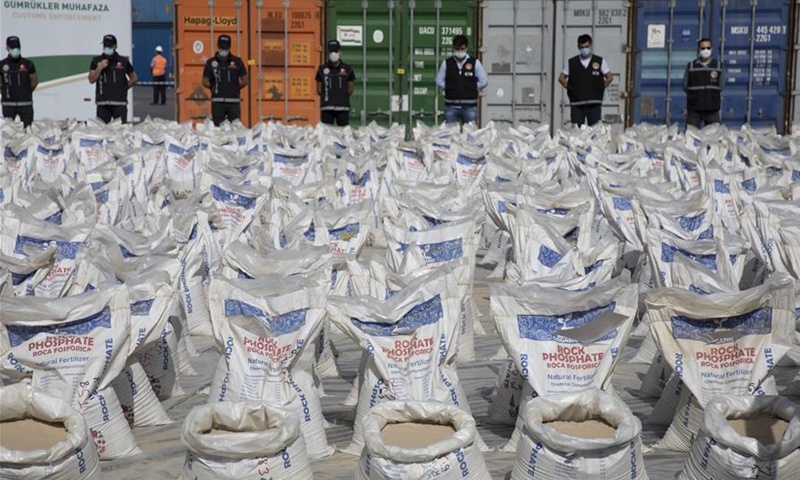 A large amount of cocaine hidden inside fertilizers are displayed at the Ambarli Port in Istanbul, Turkey, Oct. 6, 2020. (Photo by Osman Orsal/Xinhua)

The department said in a written statement that police officers have recently received a tip-off, which said a large amount of cocaine would be brought in a vessel from a South American country to Istanbul's Ambarli Port.

With an international cooperation, Istanbul anti-narcotic teams and customs officials launched a comprehensive search in six containers inside the ship, according to the statement.

"Following a detailed examination of the containers, the units found 228 kg cocaine hidden inside 119 tons of fertilizers," it said.

So far, nine suspects were detained, the statement added.