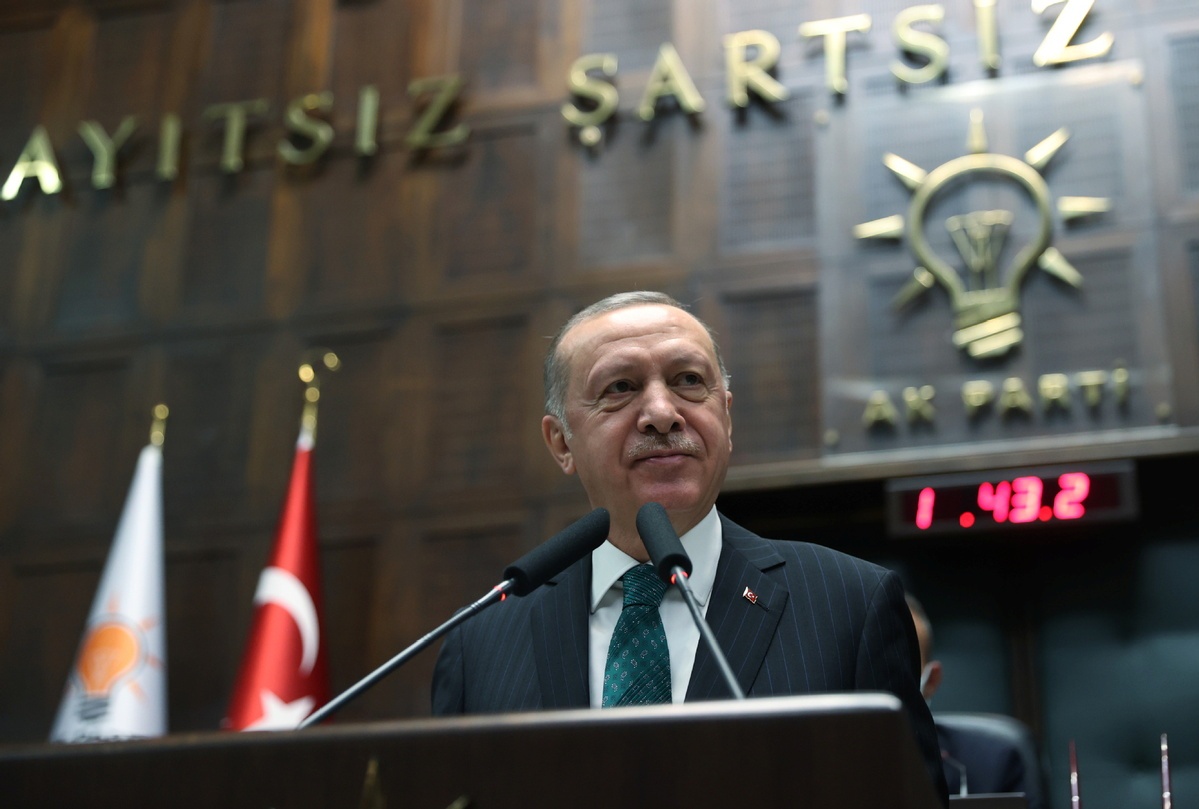 The president also denounced a US statement that declined to immediately back Turkey's claim of the PKK members executing 13 Turks in Iraq.

"If reports of the death of Turkish civilians at the hands of the PKK, a designated terrorist organization, are confirmed, we condemn this action in the strongest possible terms," the US State Department said over the killings.

Meanwhile, the Turkish foreign ministry on Monday summoned the US Ambassador to Ankara David Satterfield and "most strongly expressed" Turkey's reaction against the US statement on the incident.

Turkey on Sunday said the PKK members executed 13 of its citizens that the group has been abducted, including Turkish military and police personnel, during the country's cross-border military operation in northern Iraq.

The PKK blamed Turkish airstrikes for the deaths of the 13 Turks in a cave in the Gara region of northern Iraq.