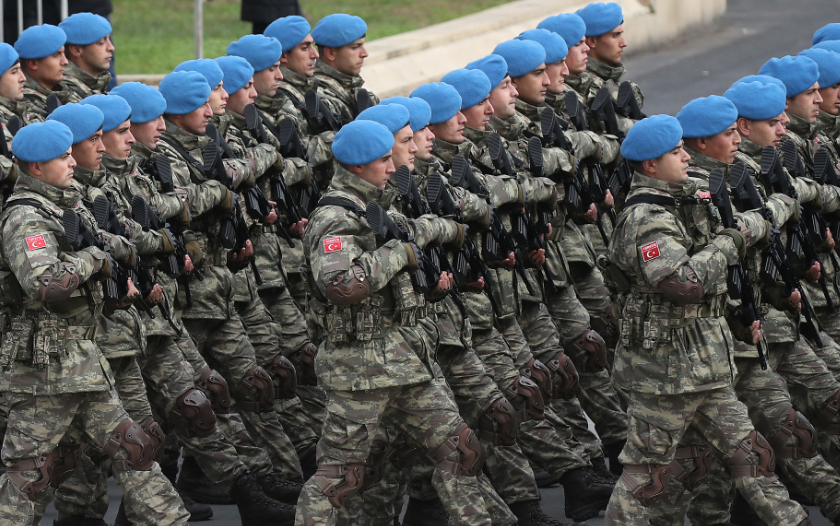 Soldiers march in formation before the start of a military parade in Baku, Azerbaijan, December 10, 2020. /VCG

Azerbaijan on Thursday held a large-scale military parade in Baku, which the country said was held to mark its "victory" against Armenia in the Nagorno-Karabakh conflict.

It came days after the Armenian side said the country will hold negotiations with Azerbaijan.

The negotiations will likely take place this year under Russian mediation, according to Armenia Deputy Prime Minister Tigran Avinyan.