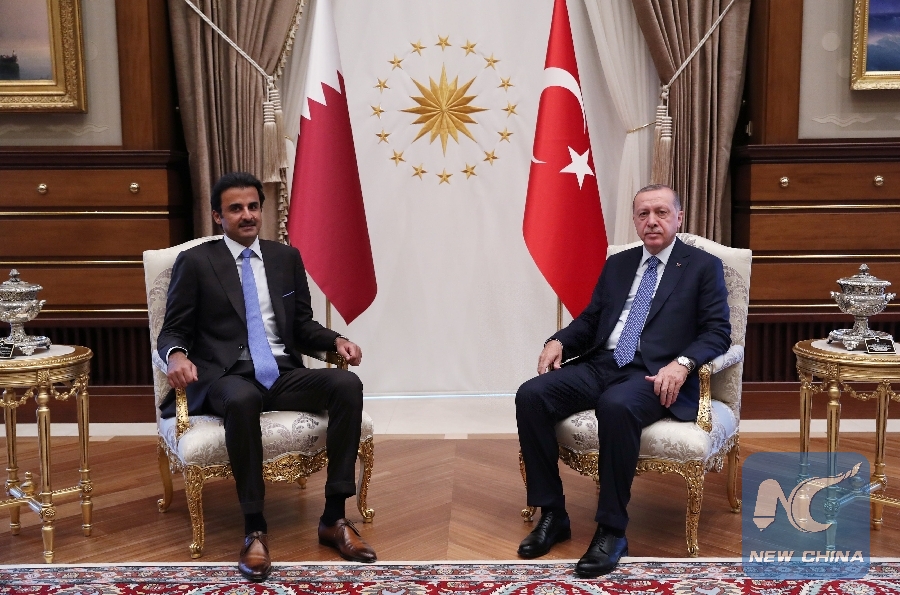 The two leaders will hold talks on bilateral ties and regional issues, the presidency said in a statement.

Turkey and Qatar have become close economic and political partners in recent years.

Doha has invested 20 billion U.S. dollars in Turkey, according to official figures in July. Ankara is now one of the top exporters to Qatar.

Turkey has showed its support to Doha since a Saudi-led alliance launched a diplomatic and transport blockade on Qatar in last June.