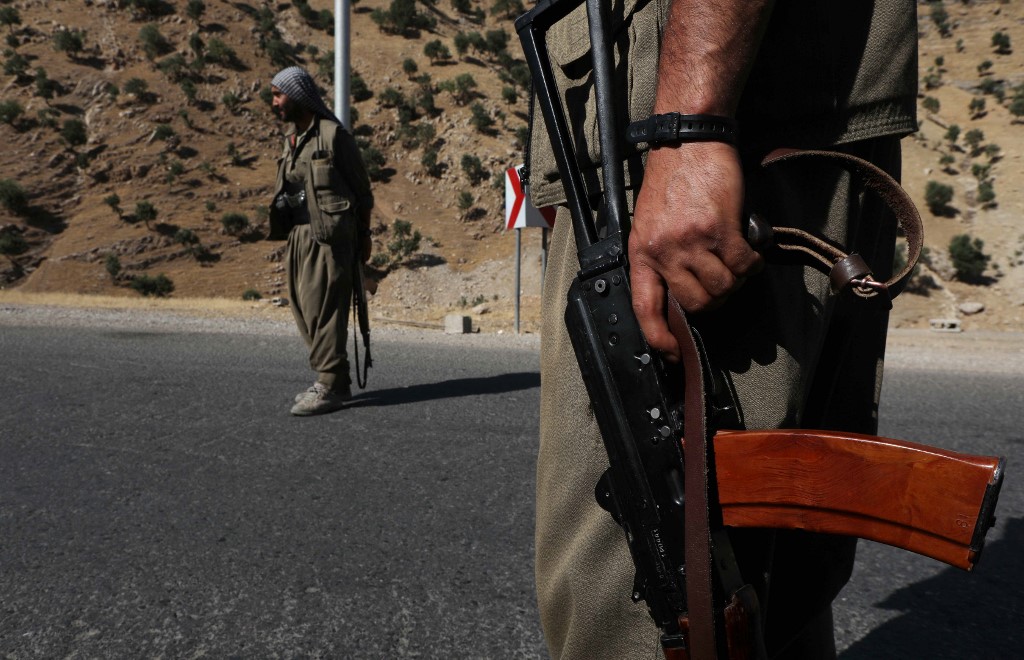 A member of the Kurdistan Workers' Party (PKK) carries an automatic rifle on a road in the Qandil Mountains, the PKK headquarters in northern Iraq, on June 22, 2018. (File photo: AFP)

ANKARA, Sept. 12 (Xinhua) -- One Turkish soldier was killed and another wounded in an attack by the Kurdistan Workers' Party (PKK) in northern Iraq, Turkey's defense ministry said on Sunday.

The PKK attacked a Turkish military vehicle outside Turkey's base in the "Operation Pence-Simsek" zone, the ministry said in a statement.

The attack came one day after three Turkish soldiers were killed and two others injured in an attack in Idlib of northwestern Syria.

The PKK, listed as a terrorist organization by Turkey, the United States and the European Union, has been rebelling against the Turkish government for over 30 years, which has claimed the lives of more than 40,000 people.