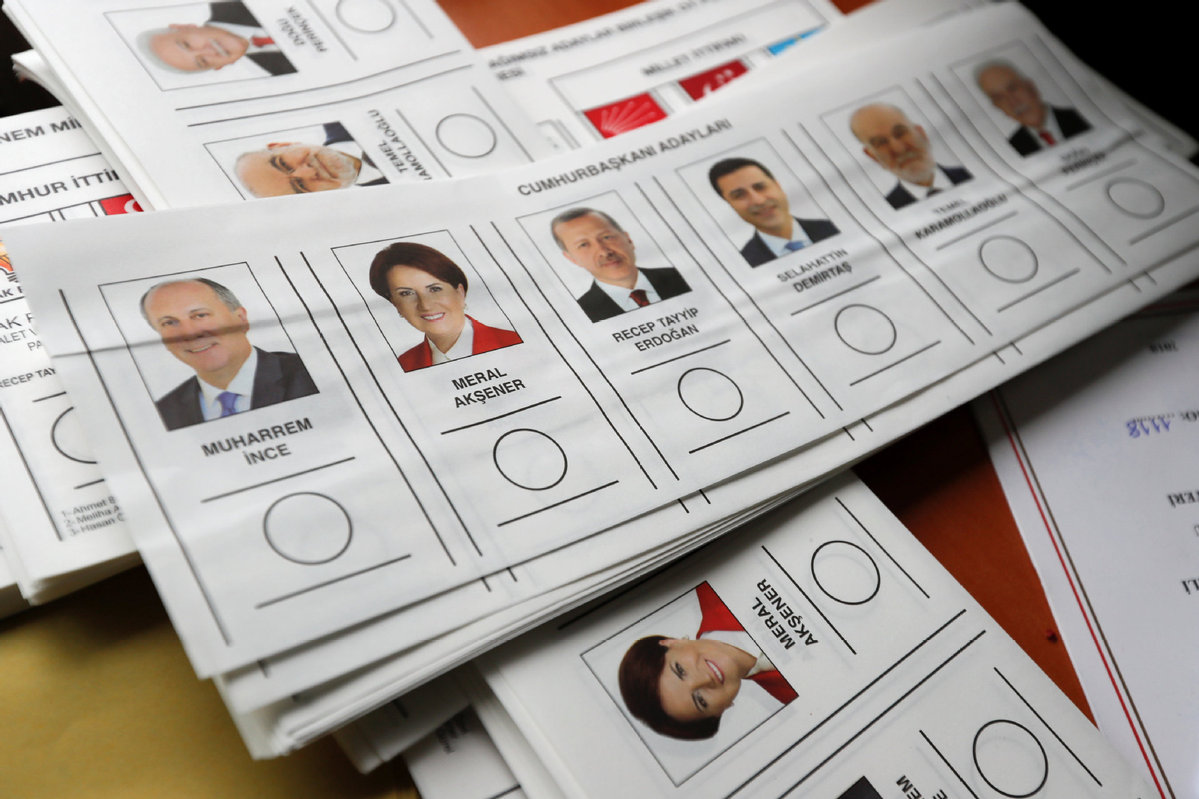 Ballots for Turkey's presidential election are pictured at a polling station in Yalova, Turkey June 24, 2018.[Photo/Agencies]

ANKARA -- Turkish citizens began casting their ballots in the presidential and parliamentary elections at 8:00 am local time (GMT 0500) on Sunday.

Some 59 million Turks will cast their votes in more than 180,000 ballot boxes across the country.

The elections will usher in a new era in Turkey's modern political history as the country will move towards a presidential system from a parliamentary one.

On April 16, 2017, a constitutional referendum approved changes expanding the powers of the Turkish president.

Eight political parties are participating in the parliamentary elections and six candidates, including current President Recep Tayyip Erdogan, are running for president.

The president is directly elected by voters. If no candidate obtains over 50 percent of the votes in the first round, a second round will take place on July 8.

Meanwhile, lawmakers are chosen in only one round from lists prepared for each of Turkey's 81 provinces. The 600 seats are allocated in proportion to the number of votes the lawmaker candidate receives.

Should he win the June 24 elections, Erdogan would be Turkey's first leader under the presidential system.