WORLD Turnout in Ukraine's presidential election at 16.33 pct in 3 hours

Turnout in Ukraine's presidential election at 16.33 pct in 3 hours 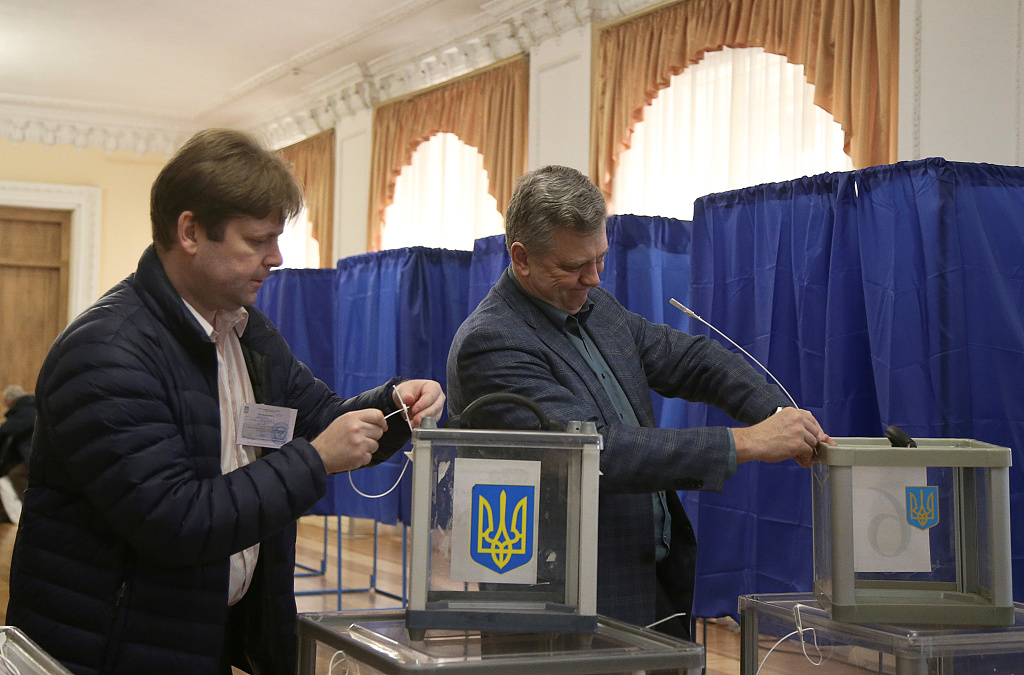 Members of a local election commission work at a polling station before the beginning of a presidential election in Kiev, Ukraine March 31, 2019. (Photos: VCG)

The figure is based on the data provided by 164 out of 199 electoral districts across the country, the CEC said in a statement.

According to a recent survey, up to 85 percent of some 29.8 million eligible voters are expected to participate in the seventh presidential election since Ukraine's independence in 1991.

Cover image: A woman holds a dog while casting her ballot at a polling station during a presidential election in Kiev, Ukraine March 31, 2019.