Tusk: Brexit a 'vaccine' against Euroskepticism

Brexit acted as a "vaccine" against Euroskepticism, and "Europe is the winner in these elections," said European Council President Donald Tusk Tuesday in a press conference flowing the just concluded leaders' informal meeting. 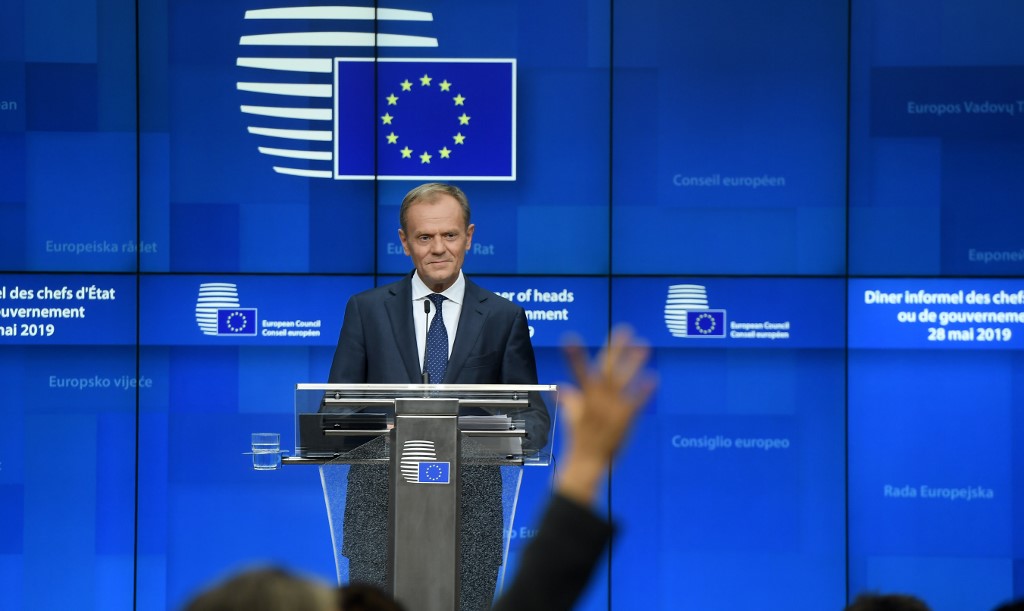 "I have no doubt that one of the reasons that people on the Continent voted for a pro-European majority is also Brexit ... As Europeans see what Brexit means in practice, they also draw conclusions. Brexit has been a vaccine against anti-EU propaganda and fake news," he added.

"Some major Euroskeptic parties had abandoned anti-EU slogans and "presented themselves as EU reformers," said Tusk, hailing those changes as "positive."

"We are all aware of the state of things in London -- nothing promising I should say," he noted, saying that during the leaders' dinner "no one even tried to discuss" Brexit.

Britain's Theresa May announced she would resign on June 7 as leader of the Conservative Party, and as prime minister who has been tasked with Brexit from the very first. May's resignation had been anticipated, but was still a dramatic moment in British politics.

Foreign Secretary Jeremy Hunt became the first front-line politician after May's resignation speech to throw his hat into the ring in a contest that has already thrust one of Hunt's predecessors, Boris Johnson, into the spotlight. Johnson is slated as the favorite to win by most bookmakers.