Television star Volodymyr Zelenskiy has been sworn in as Ukraine's next president after he beat the incumbent at the polls last month.

The ceremony was held at Ukrainian parliament in Kiev on Monday morning. 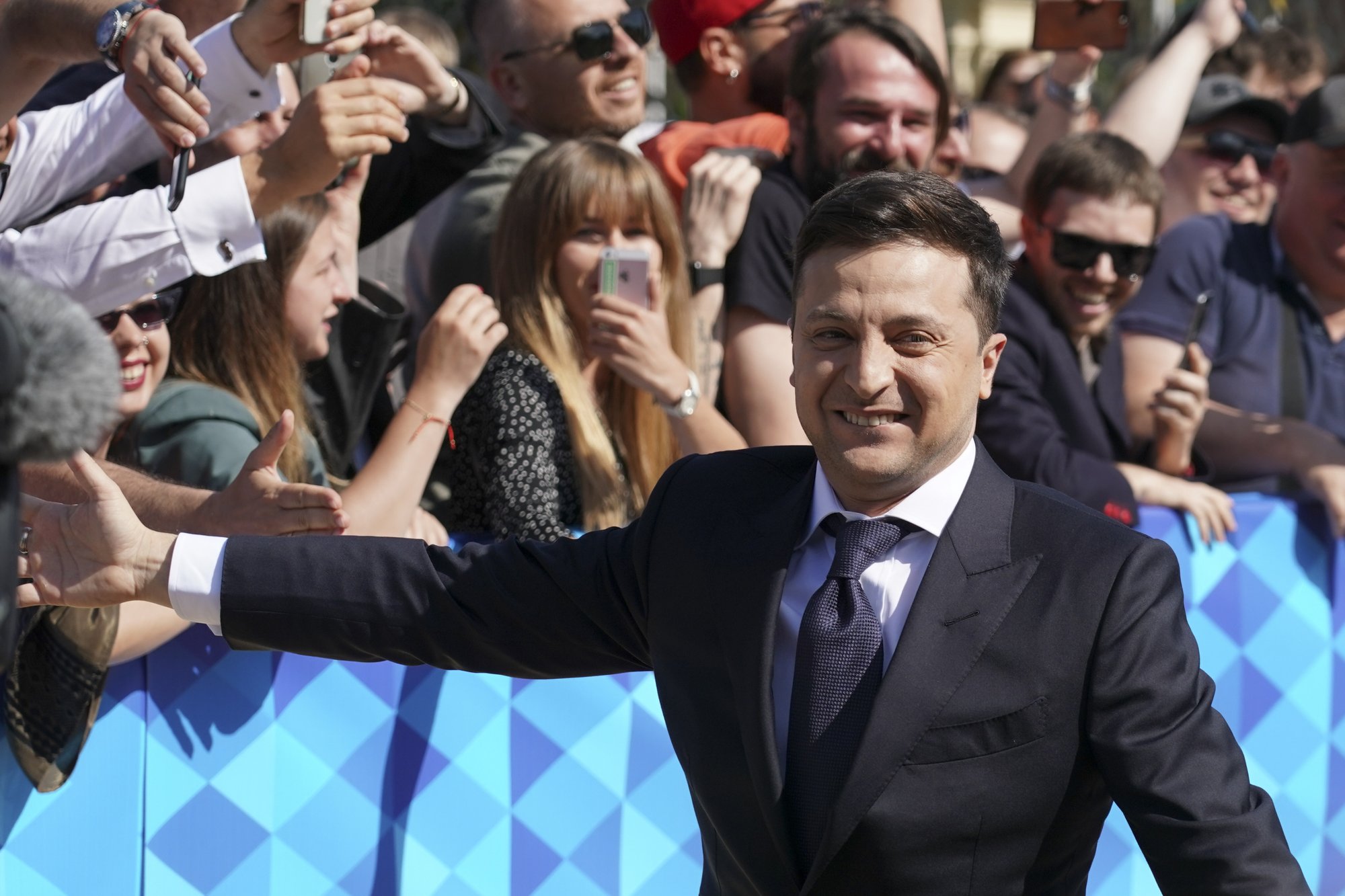 Zelenskiy ditched the idea of a traditional motorcade and walked to the parliament through a park packed with people. Flanked by four bodyguards, he was giving high-fives to some of the spectators and even stopped to take a selfie with one of them.

Zelenskiy, a popular comedian with no political experience, overwhelmingly won the presidential election against incumbent Petro Poroshenko in a victory that reflected Ukrainians' exhaustion with politics-as-usual.

Rumors about Zelenskiy's potential bid first surfaced when he played the Ukrainian president in a television show several years earlier.