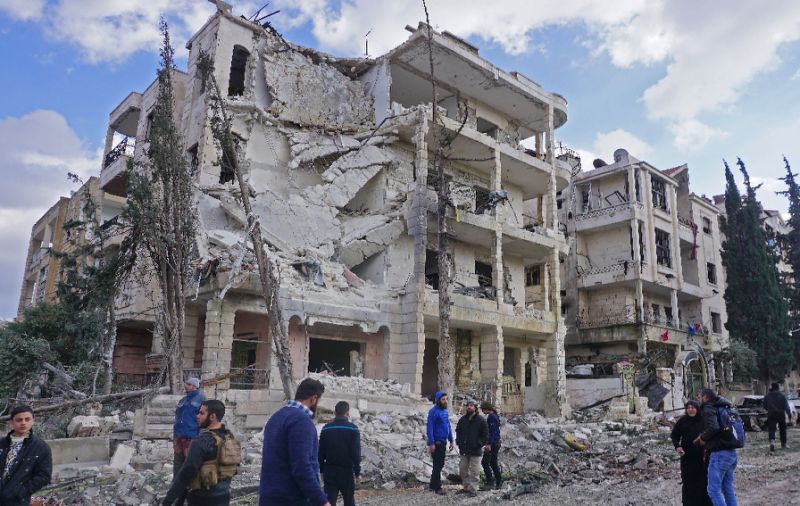 Syrians gather at the scene of a twin bomb attack in Idlib that a war monitor said killed 24 people. (Photo: AFP)

The first blast was caused by a bomb planted under a car in the main city of the Idlib region, the Syrian Observatory for Human Rights said.

A motorcycle bomb detonated after ambulances arrived at the scene of the first explosion, the Britain-based monitoring group said.

There was no immediate claim of responsibility for the attack, which the Observatory said also wounded at least 51, updating an earlier casualty toll.

Idlib, the last major part of Syria still outside the control of President Bashar al-Assad's regime, is held by an alliance led by Syria's former Al-Qaeda affiliate, Hayat Tahrir al-Sham.

The Islamic State group also has sleeper cells in the area.

A local office of the "Salvation Government", an administrative body created by HTS, is located on the street targeted by Monday's attack.

Four HTS fighters were killed in the blast, the Observatory said, while the other 20 victims were civilians.

Idlib has been protected from a massive regime offensive since September by a buffer zone deal agreed by regime ally Russia and rebel backer Turkey.

But it has been hit by sporadic government shelling.

Eight years into the conflict that has killed more than 360,000 people, the government controls nearly two-thirds of the country.