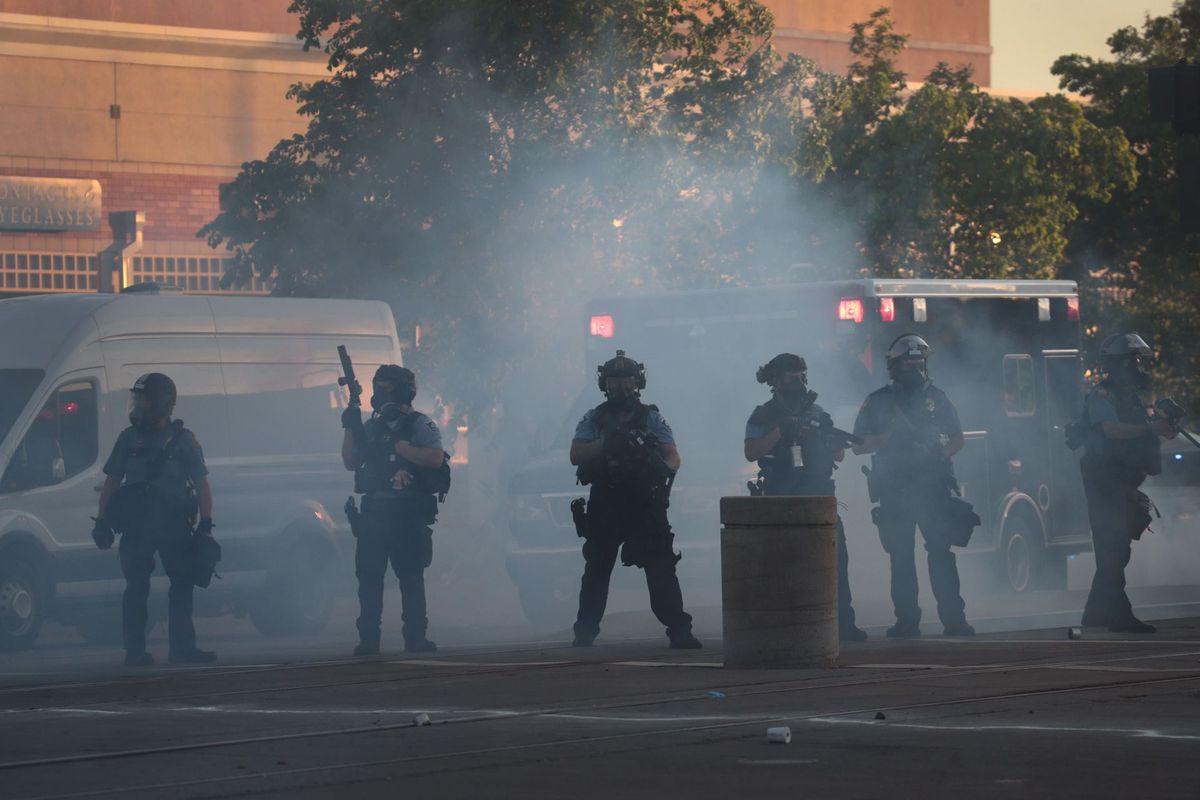 Police officers are seen in a haze of tear gas during a protest in St Paul, Minnesota on May 28, 2020. (Photo: Agencies)

Twitter accused President Donald Trump on Friday of "glorifying violence", attaching a disclaimer to one of his tweets about unrest in Minneapolis that it said broke its rules.

"...These THUGS are dishonoring the memory of George Floyd, and I won't let that happen. Just spoke to Governor Tim Walz and told him that the Military is with him all the way. Any difficulty and we will assume control but, when the looting starts, the shooting starts. Thank you!" Trump's tweet read.

Trump's message can now be read only after clicking on a notice which says: "This Tweet violated the Twitter Rules about glorifying violence. However, Twitter has determined that it may be in the public's interest for the Tweet to remain accessible."

In a thread, Twitter said it had taken the action "in the interest of preventing others from being inspired to commit violent acts". People will still "be able to retweet with comment, but will not be able to like, reply or retweet it."

Twitter's action came just hours after Trump said he would introduce legislation that may scrap or weaken a law that has protected internet companies, including Twitter and Facebook, in an extraordinary attempt to regulate social media platforms where he has been criticized.

The proposed legislation is part of an executive order Trump signed on Thursday afternoon. Trump had attacked Twitter for tagging tweets about unsubstantiated claims of fraud about mail-in voting with a warning prompting readers to fact-check the posts.