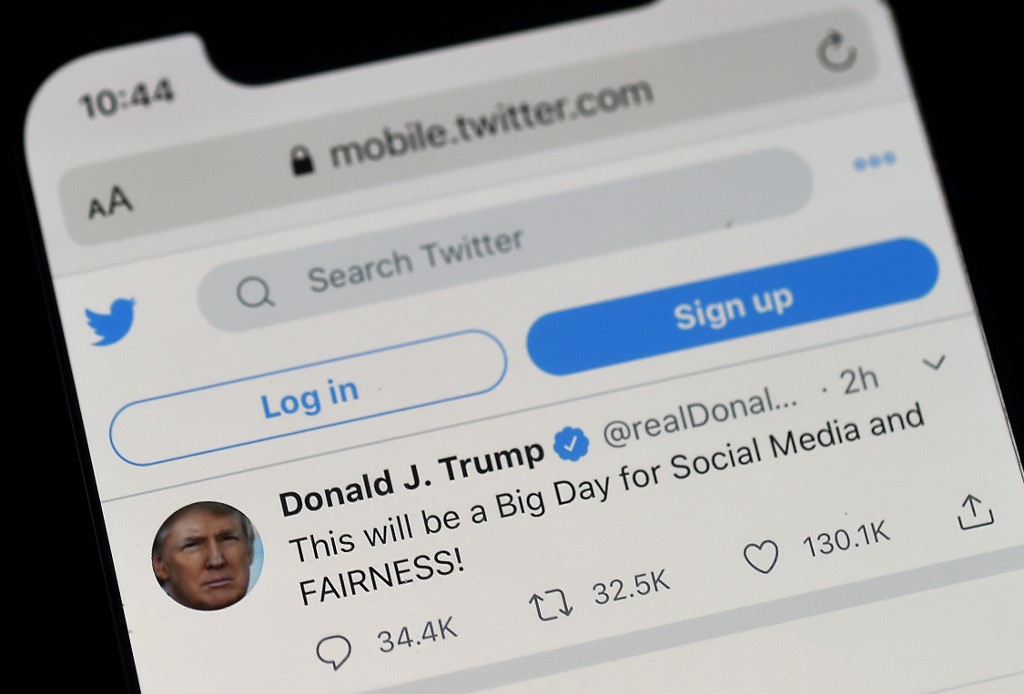 The twitter page of US President Donald Trump's is displayed on a mobile phone on May 28, 2020, in Arlington, Virginia. (Photo: AFP)

At issue in the tweet fired off from the @TeamTrump account was a claim by Trump that children are "almost immune" to the deadly virus.

The tweet "is in violation of the Twitter rules on COVID-19 misinformation," a spokesperson for the San Francisco-based service told AFP.

A video of Trump making the claim during a Fox News interview was earlier removed from Facebook in the first action aimed at the president's page by the leading social network.