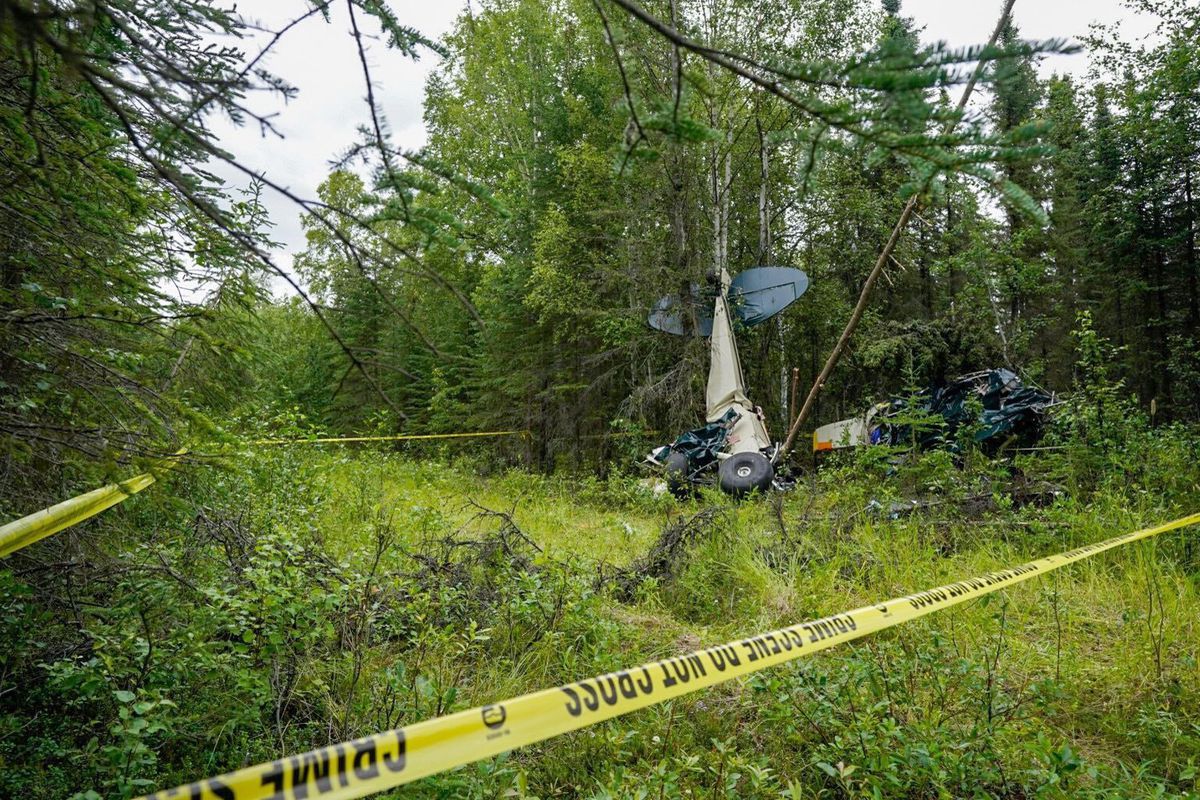 Wreckage from two planes that collided and crashed near Soldotna, July 31, 2020, came to rest in a forested area near the Sterling Highway. (Photo: ADN)

One of the aircraft involved in the crash about two miles northeast of the airport at 8:30 a.m. was a single-engine de Havilland DHC-2 Beaver, according to a statement from the Federal Aviation Administration (FAA). The agency originally described the other plane as a twin-engine Piper Aztec, but it said Friday afternoon that identification was incorrect and the model of the second aircraft had not been identified.

Investigators from the FAA and the National Transportation Safety Board (NTSB) are investigating the crash.

The wreckage fell near the Sterling Highway, according to NTSB Alaska chief Clint Johnson.

The number of people in the two planes and the extent of their injuries are not available. One person taken to Soldotna's Central Peninsula Hospital by ambulance has died, a hospital spokesman said Friday afternoon.

The death of Alaska House Representative Gary Knopp was also confirmed by several of his legislative colleagues. Knopp's wife, Helen, said he had been flying his own plane Friday morning, ADN said in the report.

Knopp was a certified flight instructor and registered pilot. He was elected to the Alaska Legislature in 2016 after serving on the Kenai Borough Assembly. He was a candidate in this year's Republican primary for House District 30, according to the ADN report.

Alaska Governor Mike Dunleavy has ordered the U.S. flag and Alaska state flag to be flown at half-staff in honor of Knopp beginning mid-day Friday and ending at sunset on Monday.

"The First Lady and I wish to express our heartfelt condolences to Representative Knopp's family as they mourn his untimely passing," Dunleavy said in a statement on behalf of himself and his wife, Rose. "Throughout his 42 years on the Kenai Peninsula, Gary became well known as an avid outdoorsman, a skilled pilot, and a dedicated public servant. His presence will no doubt be missed by those he faithfully served."

The Alaska legislative leaders on both sides of the political aisle also expressed their grief over Knopp's loss and extended condolences to his wife and family.