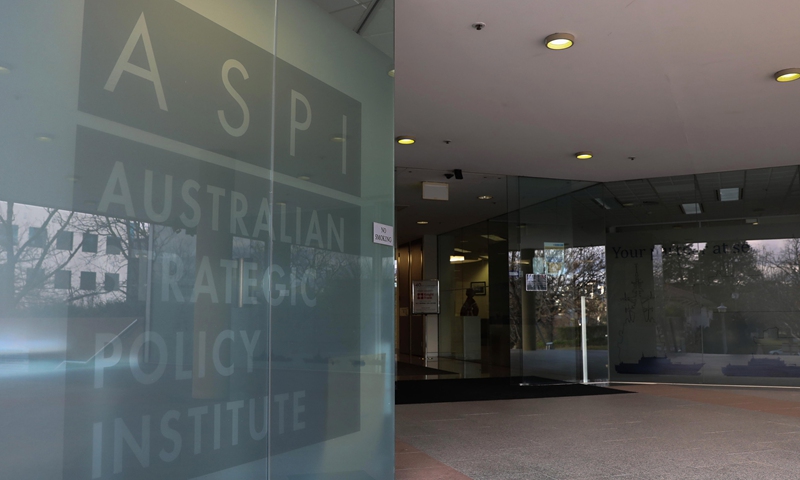 The ban on the two Australian scholars came after Australian authorities revoked the visas of two Chinese scholars over alleged infiltration in early September.
Hamilton is a professor of public ethics at Charles Sturt University in Canberra. Since 2017, he has published books and reports accusing China of "influencing and infiltrating" Western countries, including Australia and the US, by stealing intelligence through public information and hacking.
He published the book Silent Invasion: China's influence in Australia in 2018, then published another book, Hidden Hand: Exposing How the Chinese Communist Party is Reshaping the World, hyping up China's "influence" in Australia.
Due to its extremely absurd views and groundless content, Silent Invasion: China's influence in Australia was rejected for publication several times.
Joske is an analyst at ASPI, an Australian think tank that is infamous for churning out anti-China propaganda and fabricating anti-China issues.
Since joining ASPI in 2018, Joske has frequently published articles accusing Chinese universities of engaging in international cooperation for "military purposes" and hyped the case of "Chinese spy" Wang Liqiang with Australian journalists.
In 2018, Joske published the report titled Picking Flowers, Making Honey: The Chinese Military's Collaboration with Foreign Universities, which claimed that the Chinese military sponsored thousands of military scientists and engineers to study abroad. In 2019, he published another report, The China Defence Universities Tracker: Exploring the military and security links of China's universities, accusing Chinese universities of taking advantage of the cooperation with Australian universities and research institutions to carry out cyberattacks and steal secrets related to cutting-edge weapons.