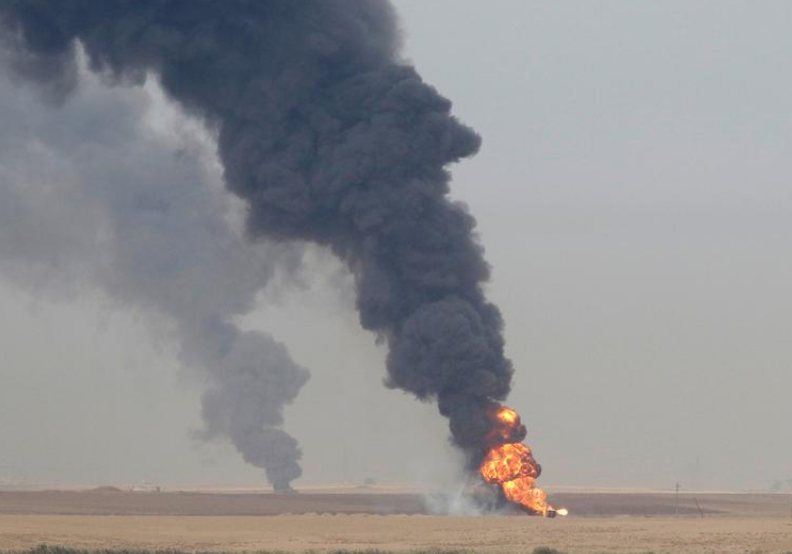 Smoke rises from oil wells inside the Khabbaz oilfield after they were bombed on the outskirts of Kirkuk, Iraq December 9, 2020. (Photo: Agencies)

The incident took place at dawn when two bombs planted in the wells exploded in Khabbaz oilfield in the west of the namesake provincial capital Kirkuk, some 250 kilometers north of Iraqi capital Baghdad, the source from the Iraqi North Oil Company anonymously told Xinhua.

The blast set huge fires in the two wells, the source said, adding that the firefighters rushed to the scene and are working to put out the flames.

There was no human casualty by the attack, the source added.

Security sources in Kirkuk confirmed to Xinhua that IS militants were behind the bomb attack on the oilfield.