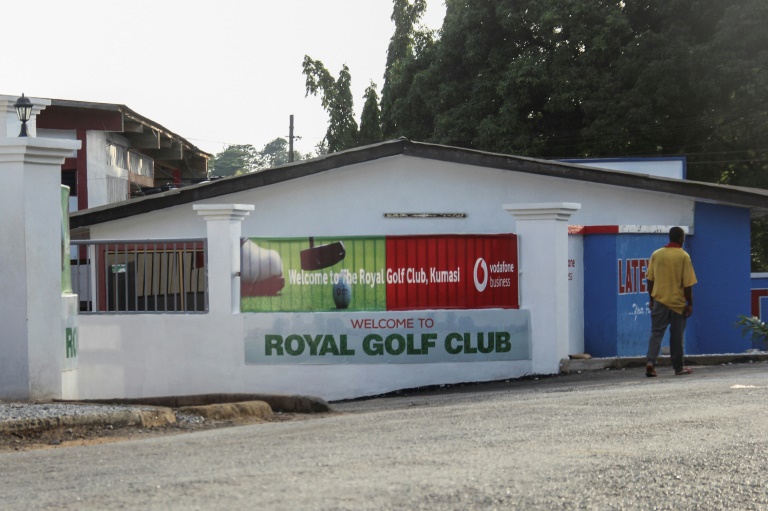 The two Canadians were abducted at the Royal Golf Club in Kumasi. (Photo: AFP)

Two Canadian women have been abducted at a golf club in Ghana, police said Thursday, a rare attack in a country seen as one of the safest in West Africa.

The Canadians, charity volunteers aged 19 and 20, were taken on Tuesday evening in Kumasi, Ghana's second city, some 200 kilometres (125 miles) northwest of the capital Accra, David Eklu, the assistant commissioner of police said in a statement.

"Police Command is investigating a complaint of kidnapping at Ahodwo, Kumasi Royal Golf Club, at 8:25 pm on 4 June, 2019, where two women of Canadian nationality were kidnapped," Eklu said.

"Investigation started immediately upon receipt of the complaint, and the security agencies are working closely together to get them rescued, and the perpetrators arrested," the statement added.

Eklu told AFP the two kidnapped women had been travelling in an Uber with a third Canadian woman.

When they reached their destination, the pair got out of the taxi first and were taken, he said.

The third woman then went to alert the police with the Uber driver.

"When the Uber driver saw the action, he drove off with the third lady" to inform the police, he said.

The police did not release the names of the women and said it was working closely with the Canadian embassy to try to locate them.

They described the pair as volunteers with a group called Youth Challenge International, a Canadian international development organisation headquartered in Toronto.

The group works in 16 countries across South America, Africa and Asia, working to support development projects for young people in areas such as health, education and employment.

"The general public is urged to assist the police by volunteering information," Eklu added.

Security sources suggested this was a kidnapping for ransom.

Abductions and violent crime towards foreigners are rare in Ghana.

But earlier this year, local media quoted President Nana Akufo-Addo as warning that action must be taken to make sure kidnapping "doesn't become a feature of our society."

In April, an Indian man was reportedly abducted, also in Kumasi, by an armed gang demanding a cash ransom. He was swiftly rescued by police.

Tourism is an important industry for Ghana, and Kumasi, the historic capital of the Ashanti kingdom, is a favourite destination.

Ghana is a country of some 30 million people, where more than two-thirds of people follow Christianity and the rest Islam and other religions.

It has long been seen as a bulwark of stability in a region struggling to contain multiple groups of Islamist fighters.

Akufo-Addo, speaking on Wednesday to mark the Muslim holiday of Eid al Fitr, called on the Ghanaian people to protect religious tolerance.

"We are the envy of the world when it comes to the peaceful co-existence of different religious communities," Akufo-Addo said in a speech, according to the presidency.

He also urged people to "report suspicious characters" to the police.

"We cannot surrender this beautiful way of life for anything, and, certainly, not to people who seek to pervert religious beliefs."