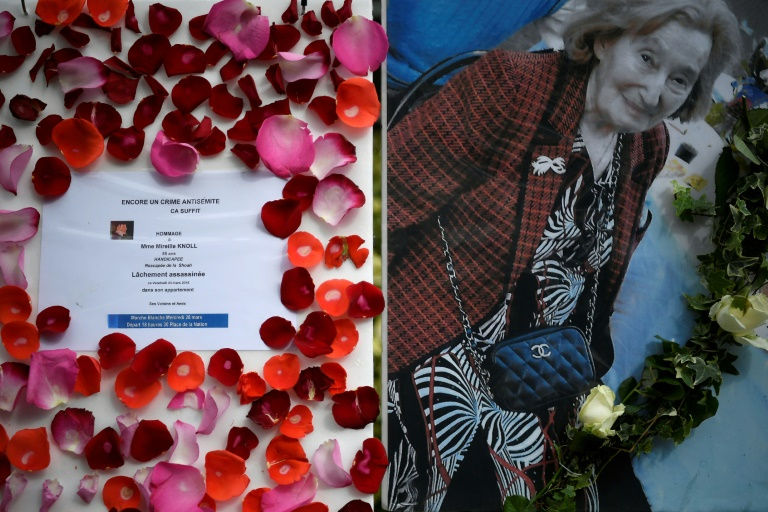 A picture of Mireille Knoll and a message announcing a silent march in her memory outside her apartment building in Paris on Tuesday. (Photo: AFP)

French prosecutors have charged two people, one of them a neighbour, with the murder of an 85-year-old Jewish woman who was stabbed and whose body was then set alight in a crime being treated as anti-Semitic.

Mireille Knoll, who escaped the mass roundup and deportation of Jews from Paris during World War II, was found dead in her bed in her small apartment in eastern Paris on Friday by firefighters called to extinguish a blaze.

An autopsy showed she had been stabbed several times before being partly burned by a fire that was started in the apartment where she lived alone.

Two men are in custody on charges of murder as well as aggravated robbery and damaging property in a case investigators are treating as anti-Semitic.

"My mother, my sweet and gentle mother, murdered for being Jewish... in 2018, how is it possible?" her son Daniel Knoll wrote on Facebook.

The death of the frail octogenarian -- she was suffering from Parkinson's disease, one of her sons said -- has shocked France's Jewish community, coming a year after an Orthodox Jewish woman in her sixties was thrown out the window of her Paris flat by a neighbour shouting "Allahu Akhbar" (God is greatest).

Prime Minister Edouard Philippe plans to meet with Knoll's family on Wednesday, when Jewish groups have called for a silent march in her memory in Paris

Several leading politicians have said they will attend the march, except for officials from the far-right National Front whose presence "is not wanted", said Francis Kalifat of the CRIF umbrella group of French Jewish organisations.

Pictures of Knoll circulated on Facebook showed a woman with lively brown eyes and bobbed hair.

"She didn't believe people could be evil. Maybe she was a bit too naive."

One of the suspects is a neighbour in his twenties who visited her regularly, according to her family.

A police source said the suspect had a previous conviction for sexual assault, while the second suspect, aged 21, has a history of violent robbery.

He was in the apartment building on the day of Knoll's death and his name was given to police by the first suspect, a police source said.

"The terrible thing is that one of the attackers told the other: 'She's a Jew, she must have money'," Interior Minister Gerard Collomb told parliament on Tuesday.

"There are the stereotypes we have to combat," he said.

A source had told AFP earlier that statements by one of the suspects and the fact that both knew Knoll was Jewish led them to conclude that the murder was motivated by her religion.

"She was a woman of modest means," her family's lawyer, Gilles-William Goldnadel, told AFP. "There was absolutely nothing of value to steal."

Knoll managed to escape the notorious 1942 roundup of more than 13,000 Jews in Paris by fleeing with her mother to Portugal when she was nine.

After the war she returned to the French capital and married a Holocaust survivor, who died in the early 2000s. 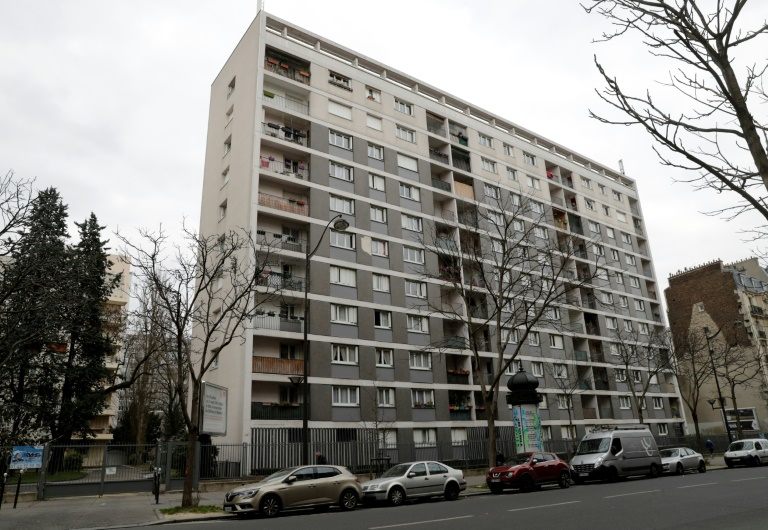 Mireille Knoll, 85, was stabbed to death and then set alight in her flat in Paris, in a suspected anti-Semitic attack. (Photo: AFP)

The CRIF on Monday urged "the fullest transparency" by the authorities investigating Knoll's murder "so that the motive of this barbarous crime is known as quickly as possible."

Last month, a judge confirmed that the April 2017 murder of Sarah Halimi, the woman who was thrown out of her window, was motivated by anti-Semitism.

Jewish groups had reacted angrily to the investigators' delay in declaring that killing an anti-Semitic act.

Halimi's murder reignited the debate over anti-Semitism in working-class districts in France, where Jews have been targeted in several deadly jihadist attacks in recent years.

France's half-a-million-plus Jewish community is the largest in Europe but has been hit by a wave of emigrations to Israel in the past two decades, partly due to the emergence of a virulent strain of anti-Semitism in predominantly immigrant neighbourhoods.

In 2011, an Islamist gunman shot dead three children and a teacher at a Jewish school in the southwestern city of Toulouse.

Four years later, an associate of the two brothers who massacred a group of cartoonists at satirical newspaper Charlie Hebdo killed four people in a hostage-taking at a Jewish supermarket in Paris.