WORLD Two dead, 15 injured in shooting outside US bar

Two dead, 15 injured in shooting outside US bar

A shooting outside a bar in the US city of Kansas has left two people dead and at least 15 injured, three of whom were in critical condition, police said on Monday. 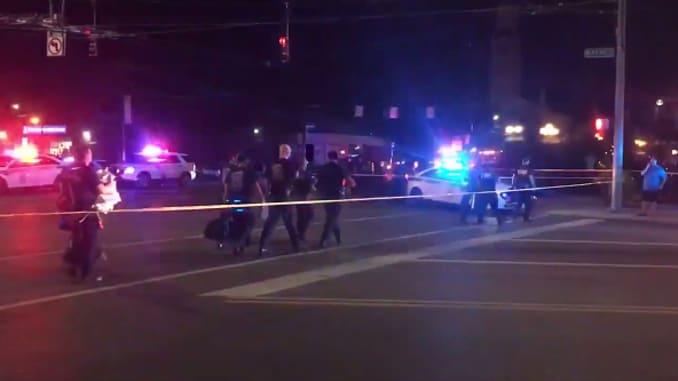 The shooting occurred at about 11:30 pm Sunday (0530 GMT) as people lined up outside the bar, the Kansas City police said on its Twitter account.

Arriving in the chaotic aftermath, police found the bodies of a woman who was shot and killed in the car park and a man who was believed to be the shooter.

"An armed security guard at the business engaged the shooter outside of the establishment," a police statement said.

"We believe the shooter is the deceased adult male.

"As the investigation unfolded at least 15 other victims arrived at area hospitals. At this time three of those victims are listed in critical condition."

Police said the circumstances that led to the shooting were not known.