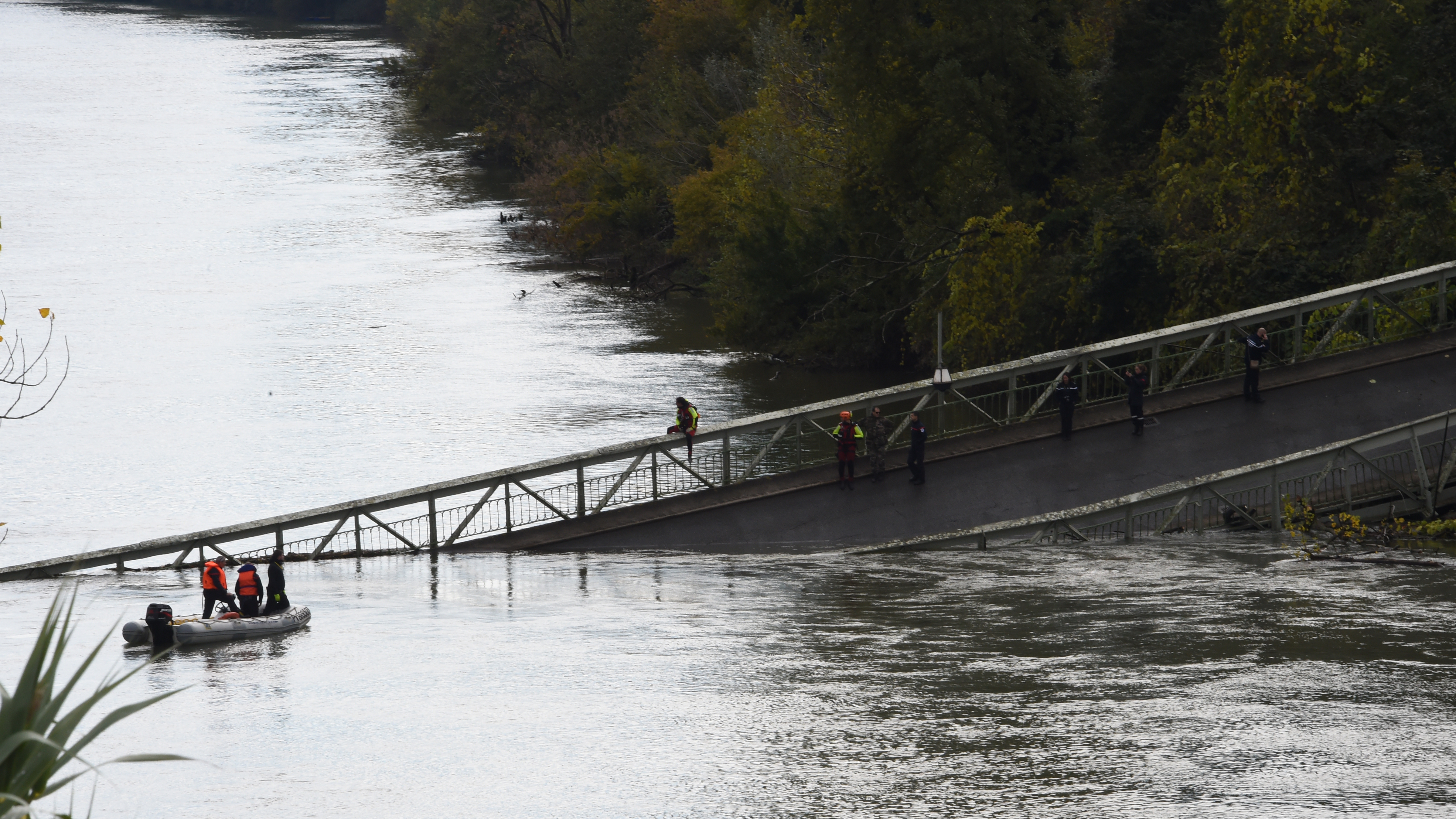 Two people have been killed, including a 15-year-old girl, after a bridge collapsed near the city of Toulouse in southeast France. The suspension bridge, which is on the route between Mirepoix-sur-Tarn and Bessieres, is reported to have collapsed at about 07:00 GMT.

A car and a truck plunged into the river as a result of the collapse. Five other people were injured, including two rescue workers.

The mother of the girl who died was rescued by onlookers. The driver of the truck was killed after falling into the fast moving river.

The body of the driver is still in the vehicle. Authorities had thought that several other people were missing and that there was a third car involved, but that may no longer be the case.

More than 60 emergency workers and 40 police were at the scene looking for the missing people. The mayor of Mirepoix-sur-Tarn, Eric Oget, told AFP that the accident was a "real trauma," and that commuters and people heading to schools used the bridge daily.

Oget added that lorries were not allowed to use the bridge before it collapsed.

French investigators are looking into the cause of the accident. The bridge was last inspected in 2017 and showed "no structural problem," according to Haute-Garonne department council.