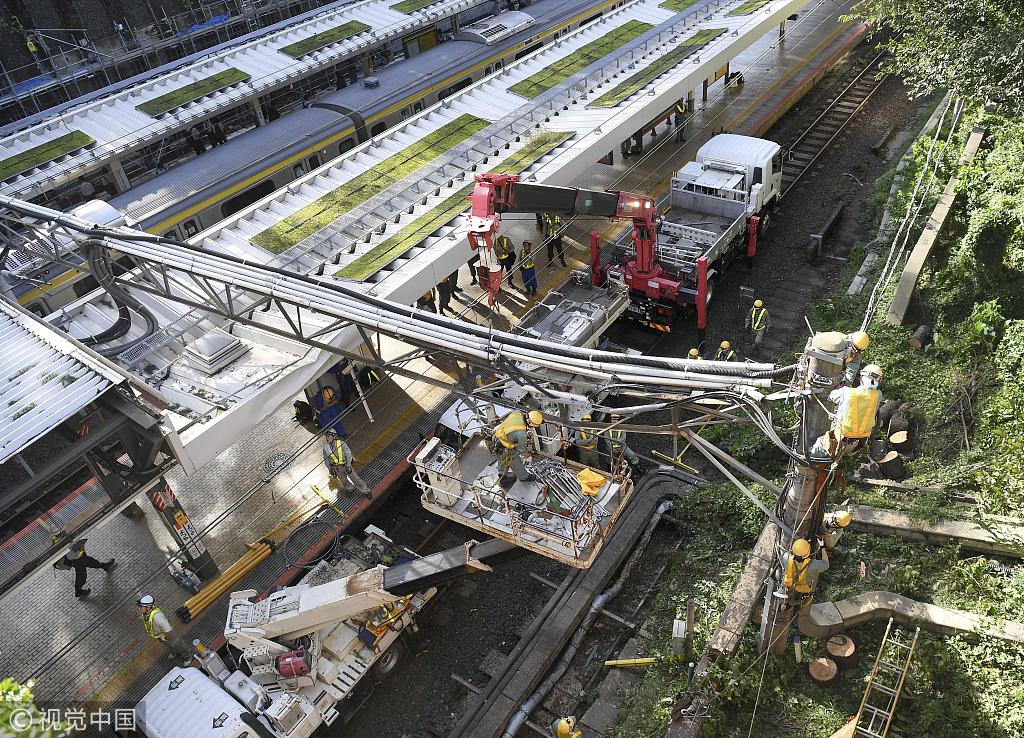 Two people have been killed in a powerful typhoon that battered Japan over the weekend, officials said Monday, as the storm's aftermath brought travel chaos to Tokyo's morning commute. 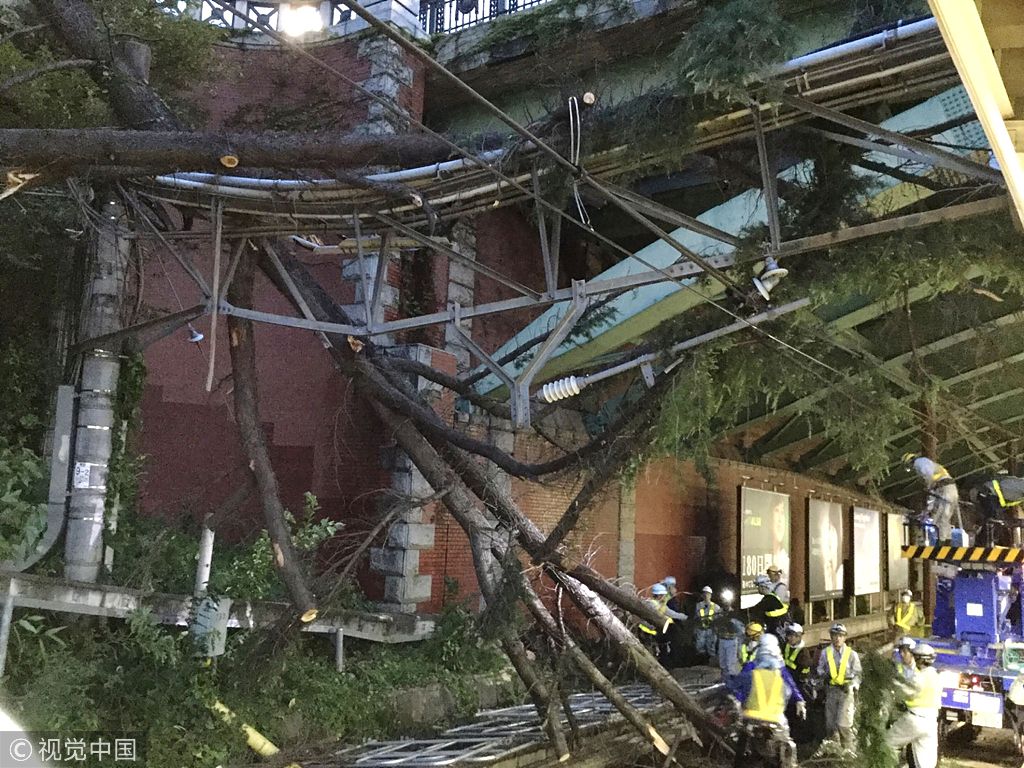 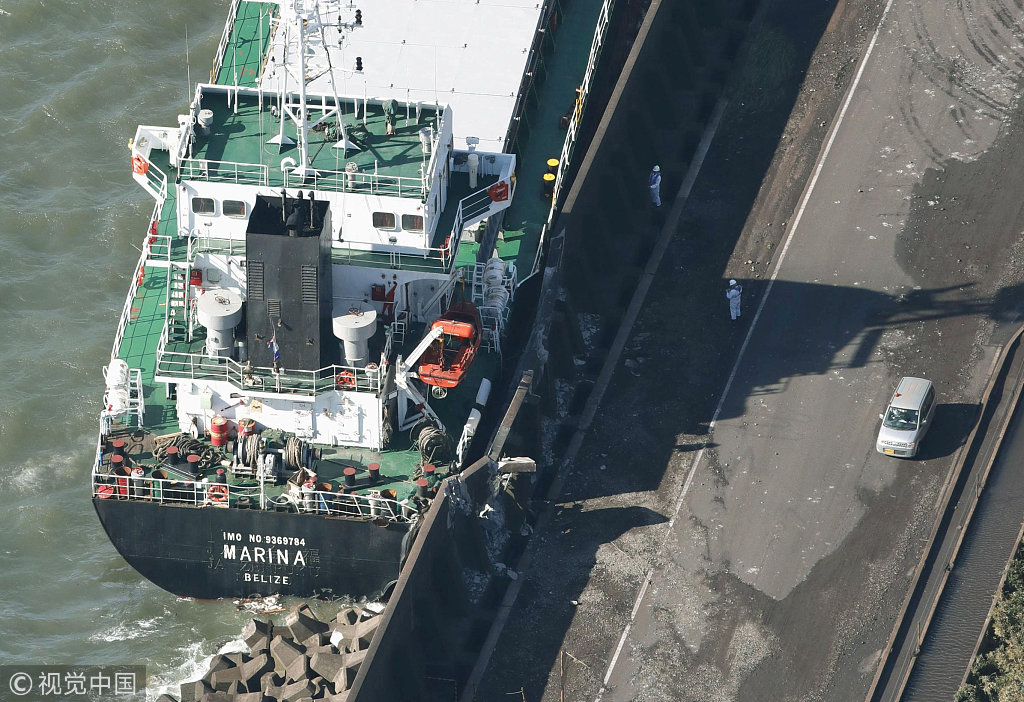 A cargo ship washed ashore by Typhoon Trami is seen in Kawasaki, Japan, in this photo taken by Kyodo October 1, 2018. 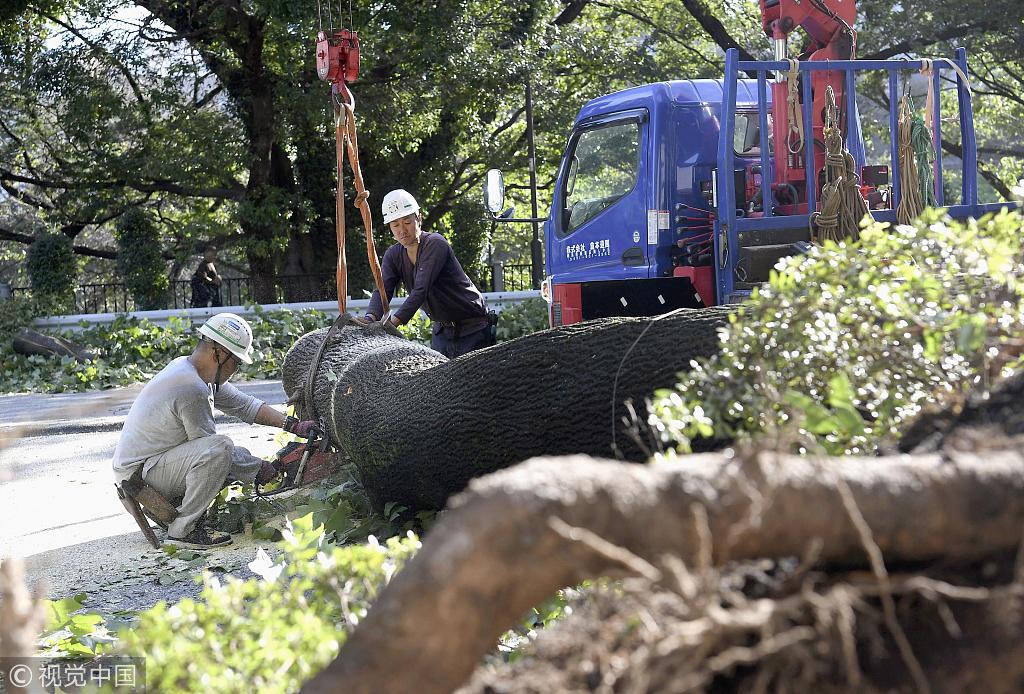 Work is underway to clear a tree knocked down by Typhoon Trami from a street in Tokyo on Oct. 1, 2018. 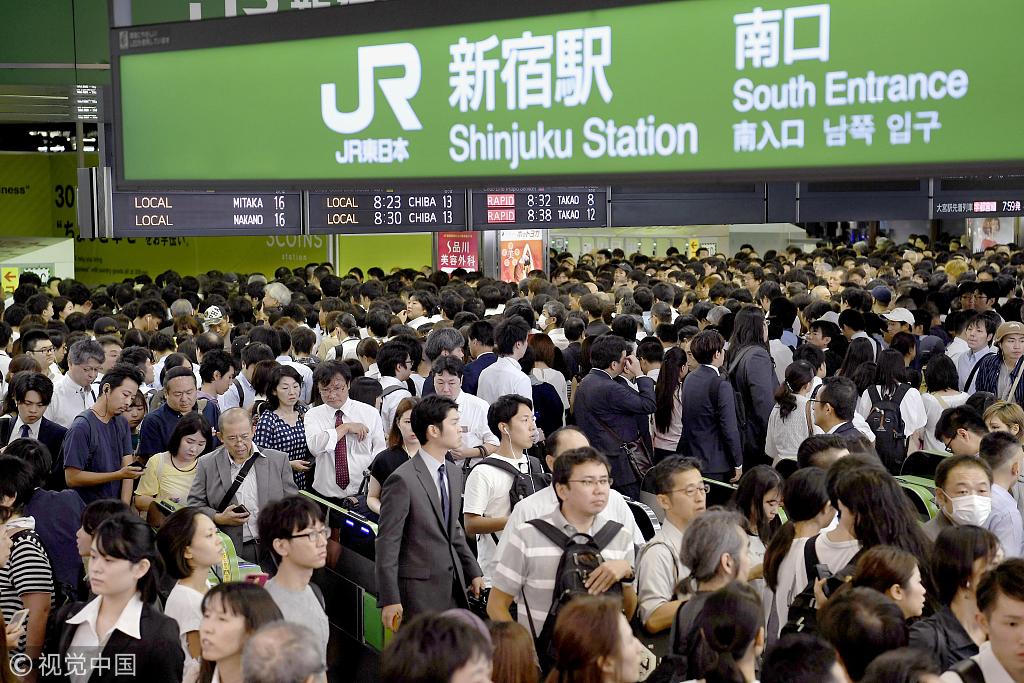