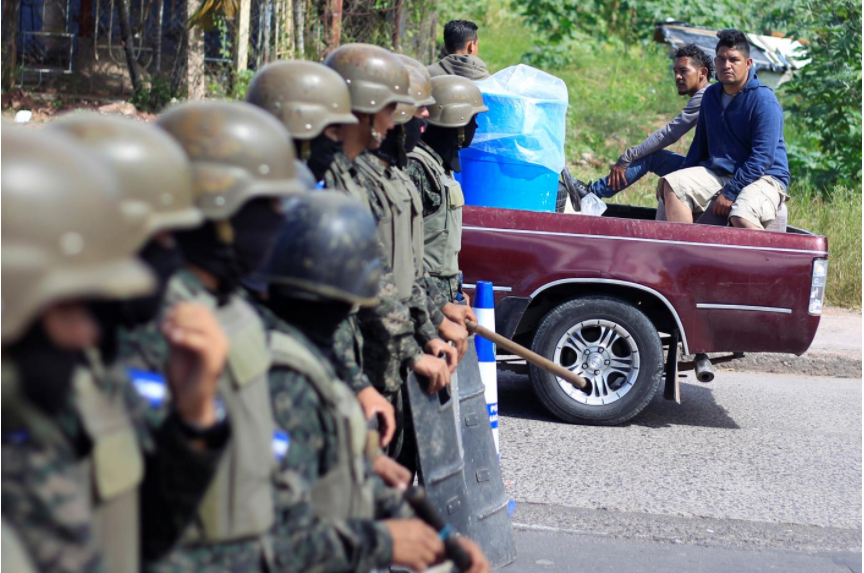 Two people died as Honduran security forces clashed with demonstrators and fanned out to enforce a curfew, officials said on Saturday, after a contested presidential election triggered looting and protests.

At least three people have now died and hundreds have been arrested after the tally from last Sunday’s presidential race stalled without a clear winner and opposition leaders accused the government of trying to steal the election.

TV star Salvador Nasralla on Saturday accused his rival, President Juan Orlando Hernandez, of carrying out a coup by manipulating the vote count and declaring the curfew to stifle protests.

International concern has grown about the electoral crisis in the poor Central American country, which struggles with violent drug gangs and one of the world’s highest murder rates.

Nasralla’s early lead on Monday was later reversed in favor of Hernandez, leading to accusations of vote fraud and calls for protests. Disputed votes could swing the outcome.

Nasralla held fast to his party’s demands for a wider recount of disputed ballots, and on Saturday official results remained held up by Nasralla’s demands that a recount of nearly 6 percent of the vote be extended to include thousands more polling stations. His party has refused to participate in the limited recount, forcing a stand-off with the ruling party and election authorities.

Many businesses around the capital were shuttered on Saturday as military forces manned outposts around key government buildings.

One man was killed in the port city of La Ceiba on Friday and a 19-year old woman was shot in the head early Saturday in Tegucigalpa as soldiers busted up protesters’ blockades of rubble and burning tires that had snarled traffic in the capital and major ports, a spokesman for the national police said. 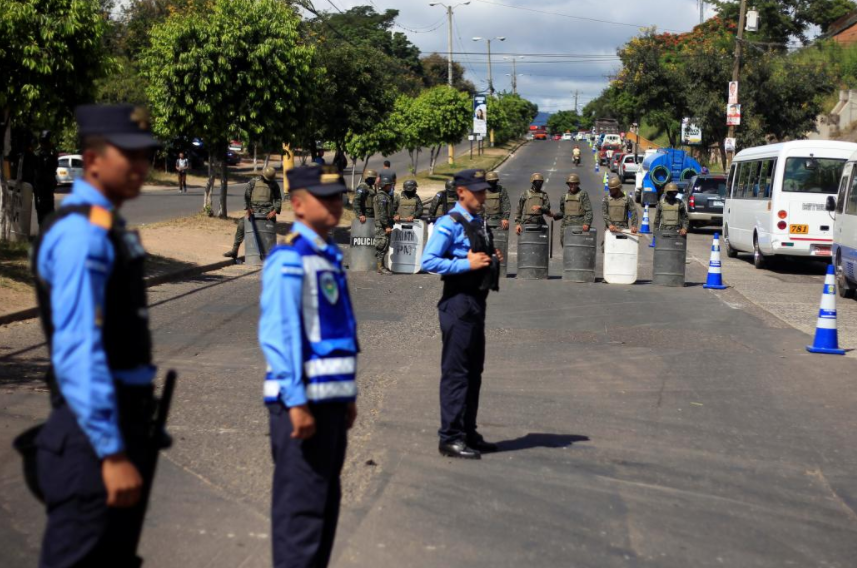 Police officers and the Army guard the city after the Honduras government enforced a curfew on Saturday. PHOTO: REUTERS/ Jorge Cabrera

More than 200 people have been arrested and more than 20 injuries have been reported in the skirmishes between protesters and security forces. Another protester was reported dead in La Ceiba on Friday. Police said many who had been arrested had been freed, but did not specify the number.

The government declared the curfew on Friday, expanding powers for the army and police to detain people. Under the decree, the national police and army are authorized to break up blockades of roads, bridges and public buildings.

“The suspension of constitutional guarantees was approved so that the armed forces and the national police can contain this wave of violence that has engulfed the country,” Ebal Diaz, member of the council of ministers, said on Friday.

The electoral tribunal was unable to yet resume the vote tally on Saturday as Nasralla’s center-left alliance refused to participate unless the recount was expanded to three regions with alleged vote irregularities.

“What everyone already knows is that a coup occurred in Honduras last night precisely in the processing of the ballots. So, the whole world will not recognize these elections,” Nasralla told local television.

David Matamoros, the president of the electoral tribunal, said on Saturday that officials were still discussing the possibility of expanding the recount.

The 64-year-old Nasralla is one of Honduras’ best-known faces and backed by former President Manuel Zelaya, a leftist ousted in a coup in 2009. He said on Friday that government infiltrators had started the looting and violence to justify a military curfew.

Hernandez, 49, speaking to reporters after the curfew went into effect, said the government put the measure in place at the request of concerned citizen groups.

“As far as the curfew, I want to clarify that various sectors requested it...in order to guarantee the safety of the people,” he said.