Two moderate earthquakes of over 5.0 magnitude struck off the Greek island of Crete early Monday but there were no reports of casualties or damage. 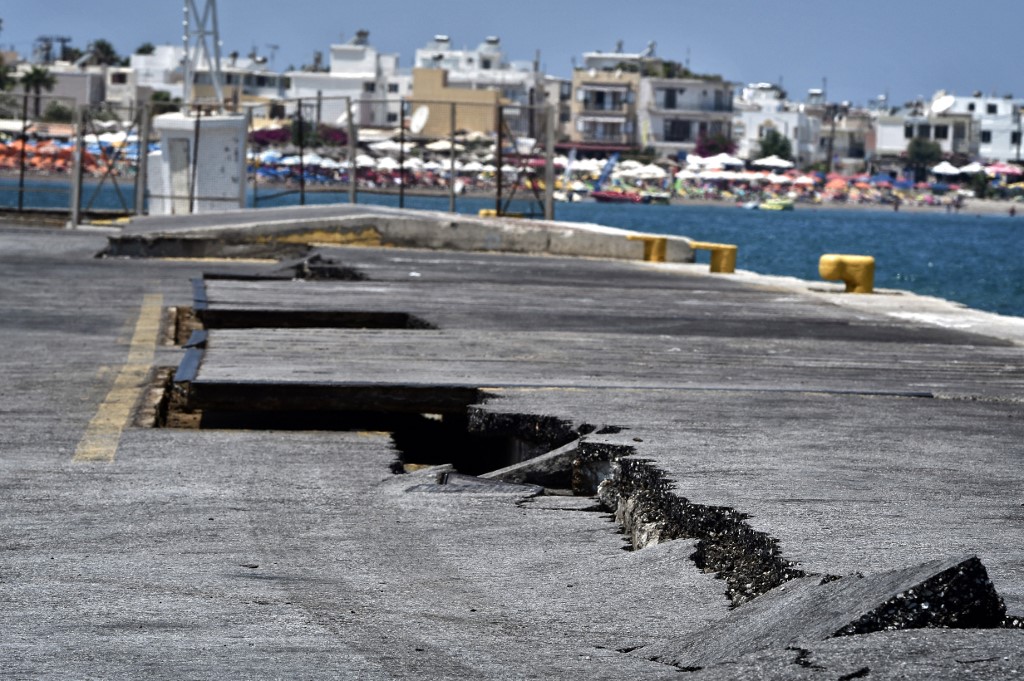 Cracks are seen at the main port on the island of Kos on July 21, 2017, following a 6.5 magnitude earthquake which struck the region. (Photo: AFP)

The Athens Geodynamic Institute said the first quake, with a 5.1 magnitude, hit at 4:11am local time (0111 GMT) about 47 kilometres (29 miles) northeast of the city of Sitia.

A second quake, with a magnitude of 5.2, struck the same point exactly three hours later, at 7:11am.

Greece is prone to earthquakes, with many occurring offshore.

The last deadly quake occurred in the island of Kos in the Aegean Sea in July 2017. The 6.7-magnitude quake killed two people.

The deadliest temblor in recent years struck the Athens region in 1999, killing 143 people.