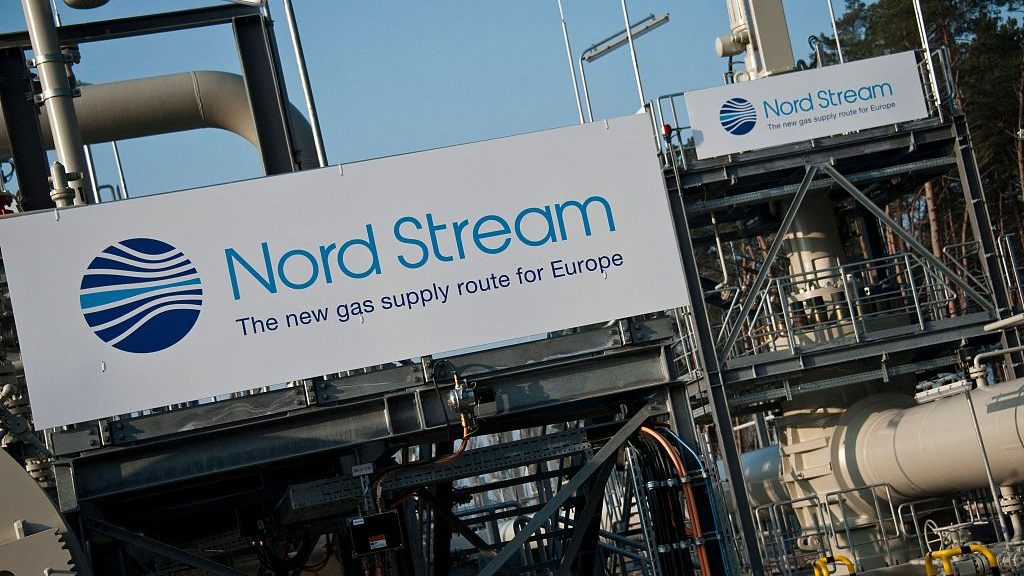 This file photo taken on November 8, 2011 shows the Nord Stream gas pipeline terminal prior to an inaugural ceremony for the first of Nord Stream's twin 1,224 kilometre gas pipeline through the Baltic Sea, in Lubmin, northeastern Germany. (Photo: CFP)

STOCKHOLM, Sept. 27, (Xinhua) -- Measuring stations in Sweden registered strong underwater explosions in the same area of sea as the gas leaks that occurred in the Nord Stream 1 and 2 pipelines on Monday, Swedish television (SVT) reported on Tuesday.

"There is no doubt that these were explosions," Bjorn Lund, lecturer in seismology at the Swedish National Seismic Network (SNSN), was quoted by the SVT as saying on Tuesday. "You can clearly see how the waves bounce from the bottom to the surface."

One of the explosions had a magnitude of 2.3 on the Richter scale, similar to a perceptible earthquake, and was registered by 30 measuring stations in southern Sweden.

The warnings about the gas leaks came from the Swedish Maritime Administration at 1:52 p.m. (11:52 GMT) and 8:41 p.m. (18:41 GMT) on Monday, respectively, after ships detected bubbles on the surface, the report added.

The triple leaks in Nord Stream 1 and 2 on Monday are reportedly being investigated as probable sabotage, the SVT reported.