WORLD Two in custody after 13 shot at house party in Chicago: police

Two in custody after 13 shot at house party in Chicago: police 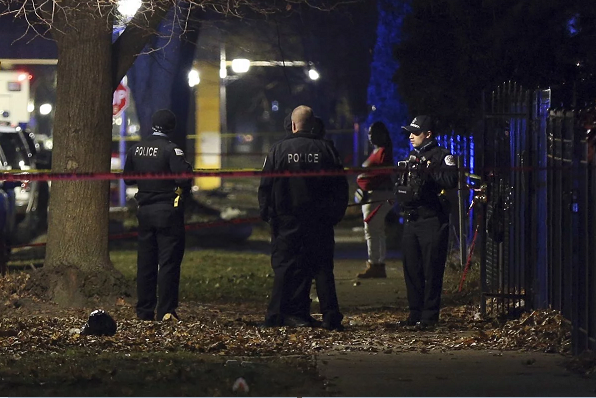 CHICAGO, Dec. 22 (Xinhua) -- Two suspects are in custody after 13 people were shot, four of them in critical condition, at an overnight house party in Chicago's Englewood neighborhood, local police said on Sunday.

When people started to escape to the streets, someone continued shooting at them from inside.

Four of the 13 wounded people are still in critical condition, Waller told reporters. The victims are between 16 and 48 years old.

Waller, who called it an "isolated incident," said they are questioning two suspects, and one of them was detained at the scene with a gun. The other was among the wounded and received treatment.

Chicago Mayor Lori Lightfoot described the incident as a "terrible tragedy" during a press conference outside a local hospital, where most of the victims were being treated.

She urged people knowing what happened inside the house to overcome fears and come forward with information.

"We can't normalize this kind of behavior and tragedy in this city," she told reporters.

Chicago, the third largest city in the United States, has seen more gun-related violence than New York and Los Angeles combined in recent years. Yet the situation has improved since 2017 when the city started to make all-out efforts to rein in the violence.

Most of the shootings have taken place in the city's south and west sides. And Englewood in the south is known as the most dangerous area, with more gun-related homicides being committed there than in any other neighborhood in the city.