The Bharatiya Janata Party (BJP), India's ruling party, has penalized two of its members of parliament (MPs) in the run-up to the Delhi Assembly elections scheduled for February 8, a move seen as complying with the order given by the Election Commission of India on Wednesday to remove them from the list of star campaigners over controversial comments they have made. 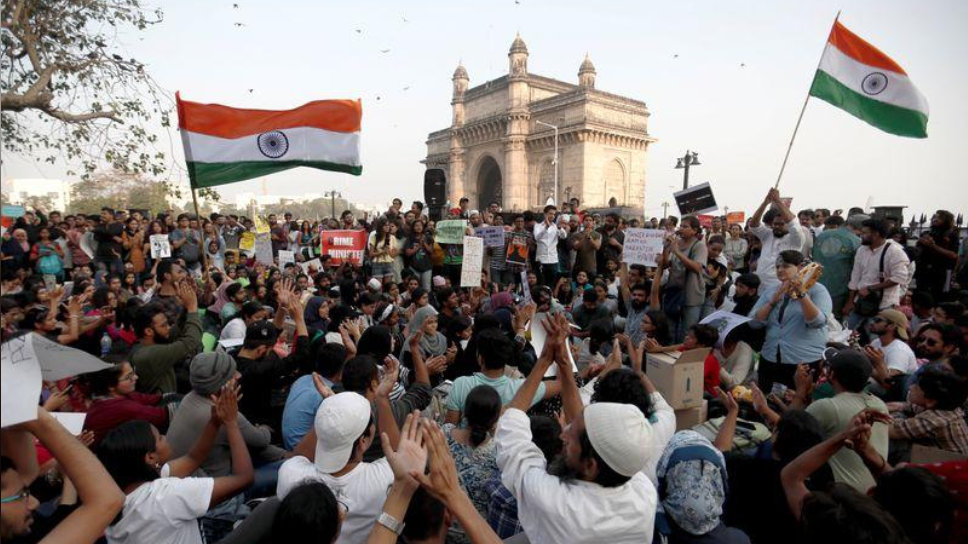 Demonstrators attend a protest against attacks on the students of New Delhi's Jawaharlal Nehru University (JNU), outside the Gateway of India monument in Mumbai, India, January 6, 2020. (Photo: CGTN)

MPs Anurag Thakur and Parvesh Varma have made remarks deemed undesirable while leading campaign rallies, with Thakur saying protesters against a controversial citizenship law in Delhi should be gunned down and Varma claiming that they "will enter your houses, rape your sisters and daughters."

The removal of Thakur and Varma from the BJP's list of "star campaigners" does not mean they cannot campaign for the party. It only means the expenses incurred as a result of their campaigning would be counted in the expenditure by the candidate concerned.

Thakur and Varma are not alone in their stance against the protesters who have been repeatedly denounced by other BJP leaders as "traitors" to India.

The nation has been rocked by protests over the Citizenship Amendment Act that was passed by the two houses of the parliament in December 2019. The bill, championed by the BJP, was designed to expedite the process for "persecuted minorities" who have come to India from neighboring countries to obtain Indian citizenship. But Muslims are excluded, angering India's Muslim communities.