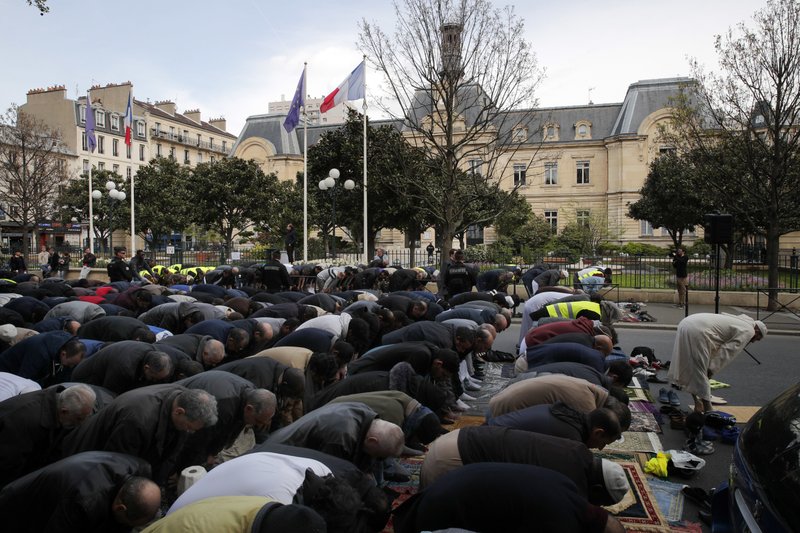 Hundreds of Muslims pray on the street in front of the town hall plaza, seen behind, in the Paris suburb of Clichy la Garenne, March 31, 2017. (File Photo: AP)

PARIS, Oct. 28 (Xinhua) -- Two people were injured on Monday after a man fired shots at a mosque in Bayonne in southwestern France before being arrested, regional authorities said.

At 15:20 local time (1420 GMT), the suspect was trying to set fire to the door of the mosque, then he shot two men who surprised him and tried to stop his attempt, the Pyrenees-Atlantiques prefecture said in a statement.

The armed man, who torched a vehicle before he ran away, was arrested shortly after near his home in Les Landes, it said.

Aged 78 and 74, the two victims were transferred to hospital, according to the statement.

Local media reports say the suspect was an elderly man in his 80s and had reportedly been a political candidate for Marine Le Pen's far-right National Rally party in provincial elections in 2015.

A firearm and a gas canister were reportedly found in his car.