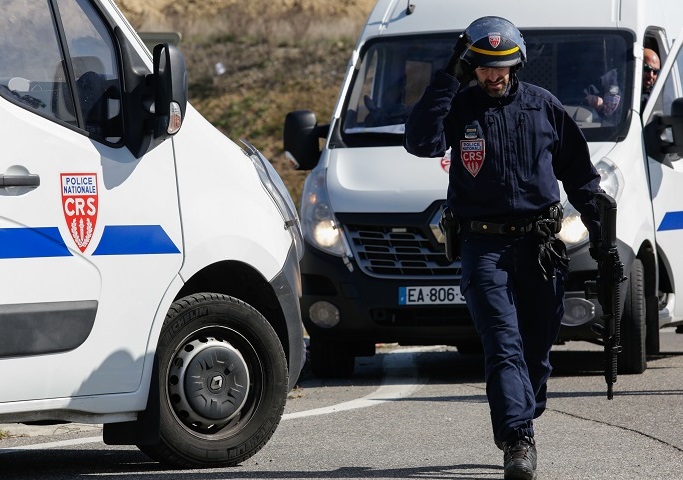 PARIS, Sept. 6 (Xinhua) -- A 17-year-old man armed with a knife assaulted two municipal employees at a canteen in a school in Marseille on Friday morning, French daily Le Parisien reported.

The two victims, one with several stab wounds, the other a punch, were not in serious situation. The attacker, who is known to police for drug trafficking, would have cried "Allahu Akbar" (God is greatest) and "Christians must die", according to the report.

"All these words remain confused and not confirmed yet. I am in contact with the anti-terrorist prosecutor's office, but it has not taken in charge the attack at this stage," Marseille prosecutor Xavier Tarabeux was quoted as saying.

In a twitter message, Interior Minister Christophe Castaner wrote: "The safety of our schools is a priority and a constant concern... A suspect has been arrested by the police... The national police is mobilized to shed light on these acts."